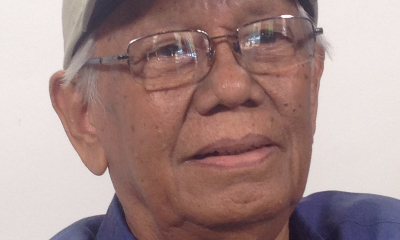 In August, PTC's Commissioning Editor, the poet Edward Doegar and senior SOAS lecturer Soe Tjen Marching will be sharing the work of living Indonesian poets via collaborative translation workshops held across the UK. In Norwich we will be translating Putu Oka Sukanta.

Putu Oka has made documentary films and written books about the Indonesian genocide in 1965-66. He has received several awards, including the NEMIS Prize from Chile, International Human Rights Watch New York in 2012, and Herb-Feith Human Rights Education Australia in 2016.

Translator Soe Tjen Marching is a writer, academic and a composer of avant-garde music from Indonesia. She has won several awards for In 1998, she won national competition for Indonesian Contemporary Composers held by the German Embassy. In 2010, her work has been selected as one of the two best compositions on the International Competition for avant-garde composers held Singapore. Marching is also a creative writer and a Senior Lector in Indonesian at SOAS University in London. She has published several novels and academic books.