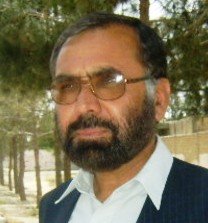 Broadcaster and translator, Dawood Azami, joined us for a fascinating workshop in which we translated a powerful poem pleading for peace by leading Afghan poet, Darwesh Durrani, who writes in Pashto.

'Oh Warrior of My Sacred Land' was written by Durrani on 6th December 2001, only weeks after the US and Coalition forces entered Afghanistan, ostensibly in response to the events of 11th September. In the poem, Durrani asks his people to recognise that they are being manipulated by foreigners who foment unrest and flood the country with guns.