Introduction to the Patrons 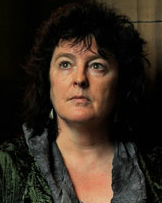 Carol Ann Duffy is one of the UK’s best-loved poets, with her work being widely enjoyed both for its accessibility and literary merit. In 2009 she became the first woman, the first Scot and the first openly gay person appointed as Poet Laureate. She is Professor of Contemporary Poetry at Manchester Metropolitan University, a Fellow of the Royal Society of Literature, and was appointed a Dame (DBE) in the New Year’s Honours’ List in 2015. Carol Ann has been a long-term supporter of the Poetry Translation Centre and our patron since 2009. She praised the PTC’s My Voice as a ‘groundbreaking anthology [that] extends the territory of English poetry through a series of generous translations that make welcome the magnificent poetic traditions of many communities now settled here’. As Poet Laureate she has worked to highlight the importance of poetry in translation by launching Mother Tongue Other Tongue, the multilingual poetry competition for school children that encourages them to draw on the variety of languages spoken in the UK today. Her latest play, a modern retelling of Everyman, was staged at the National Theatre in 2015. Her many prize-winning collections of poetry include Rapture, The Bees and The World's Wife. 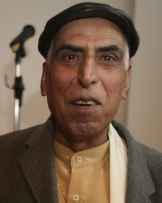 Born in Basra, Iraq in 1934, Saadi Yousef was one of the most important poets and translators working in Arabic during his lifetime. He published more than forty volumes of poetry and prose. His precise, understated, lyrical poetry had a profound impact on the development of contemporary poetry in Arabic.

He was also a leading translator of literature into Arabic, introducing writers such as Ngugi wa Thiongo, Wole Soyinka, Walt Whitman, Vasco Popa and Constantine Cavafy to Arabic readers. Forced to leave Iraq in 1979, he lived in exile in Europe and the Middle East, settling in west London in 1999. A selection of his poems, Without an Alphabet, Without a Face, translated by Khaled Mattawa, was published by Graywolf in 2002.