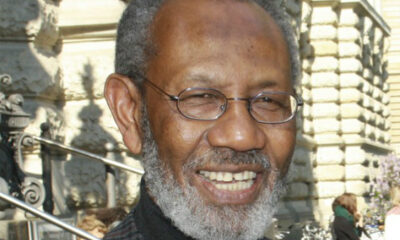 Abdilatif Abdalla (born 1946 in Mombasa) is a Kenyan writer and political activist. He was imprisoned for his support of the Kenya People's Union, and wrote the poems collected in Sauti ya Dhiki while in solitary confinement, which were subsequently awarded the Jomo Kenyatta Prize for Literature.

After he was awarded the Jomo Kenyatta Prize for Literature for Sauti ya Dhiki in 1972, he moved in exile to Tanzania. While there he worked as a senior researcher on Swahili at the University of Dar es Salaam and collaborated editing a Swahili dictionary. In 1979, he moved to London and worked for BBC Swahili department, later editing the news magazine Africa Events. Abdalla's only English language poem was published in 1988, entitled Peace, Love and Unity for Whom?. This was in response to an attempt by Daniel arap Moi's government to bribe Abdalla into no longer working with Ngũgĩ wa Thiong'o. Abdalla has since taught Swahili at Leipzig University.

Taken in part from Wikipedia