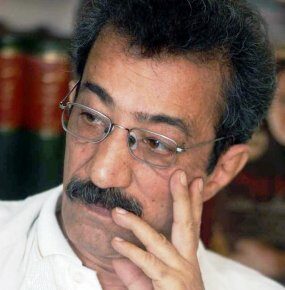 Masoud Ahmadi was born in 1943 in Kerman, a historical city in central Iran. He moved to Tehran when he was young and became a teacher of philosophy and Persian literature in Tehran high schools. A few years after the Revolution of 1979, he was arrested and spent four years in prison. After his release from prison, his service was terminated and he was banned from engaging in any governmental job for the rest of his life.

During the past twenty-five years, Ahmadi has been a fulltime poet, writer and the editor of many book series and literary journals. Over time his poetry has evolved from being politically inflected with a socialist perspective to his writing intimate and personal lyrics; that said, as with any independent poet in contemporary Iran, his even the most personal of his lyrics is freighted with political and social meanings. Deceptively simple and lucid, his the delicate imagery of his poems are linguitically robust and adventurous.

Author of a dozen poetry collections, interviews and books for children, Masoud Ahmadi currently has four collections of poetry and a book of essays awaiting approval by the Iranian state censor.

In addition to his own writing, Masoud Ahmadi manages a literary website in Persian that publishes both his own as well as poems by other contemporary poets. His poems have been translated into English, German, Russian and Arabic and one of his collections, You Must Wait for the Violet was published in a bilingual Arabic-Persian edition in Egypt in 2009. In 1987, he won the second award from Nima Poetry Awards.