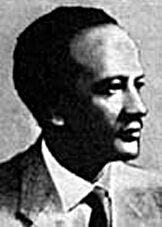 Mengistu Lemma (1928-1988) was a playwright and poet of the post-1941 period in Ethiopian Amharic literature. He was steeped in traditional literary culture, having undertaken a church education in his early years, and he was very much influenced by his father.

Mengistu Lemma was part of the socially committed trend in Ethiopian literature which was concerned with popularizing indigenous culture; his main contribution to this movement included a collection of poems called Yabbatoch Ch'ewata (Pastimes of the Forefathers). His plays -predominantly comedies with a strong social message - became very popular; he translated one Yalacha Gabacha into English as A Marriage of Unequals (London 1970).

YeGit'im Guba'e (Synod of Poetry) was a wonderful collection of poems which moved the style of Amharic poetry forwards, building on the pioneering work of figures such as Kebbede Mika'el whilst still retaining a flavour of the traditional poetic style of oral poetry. This poetry was, and still is, highly thought of in Ethiopia, and it is a poem taken from this collection that you can read here.