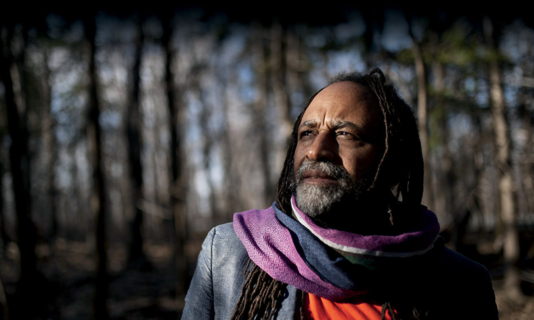 Rodney Saint-Éloi is a Haitian-Canadian poet. Born and raised in Cavaellon, Haiti, he relocated to Montreal in 2001. He is a prolific poet and anthologist and he runs the publishing house Éditions Mémoire d'encrier. He was elected to the Académie des lettres du Québec in 2015 and was made a Compagnon de l’Ordre des Arts et des Lettres du Québec in 2019. His latest project, co-written with Yara El-Ghadban, is entitled Racists Have Never Seen The Sea and was published in October 2021.