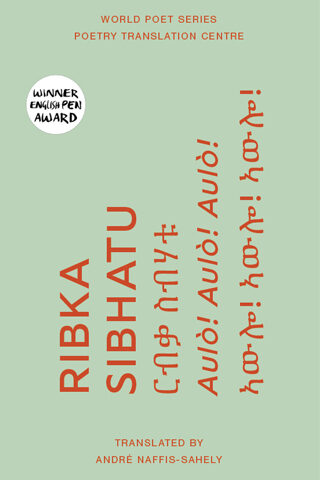 Ribka Sibhatu is one of the foremost poets of the Eritrean diaspora and a prominent activist for refugee rights. The present selection captures the scale and range of her achievements to date, from recent poems of direct political intervention, through her decade-long effort to record the oral folklore and myths of Tigrinya tradition, back to her earliest taboo-breaking lyric poems.

The Poetry Translation Centre’s World Poet Series showcases the most exciting living poets from Africa, Asia and Latin America. The works in this edition have been translated by the acclaimed poet and translator André Naffis-Sahely and are presented alongside original texts in Tigrinya, Amharic and Italian, with an afterword by Sasha Dugdale.

Sibhatu has devoted a considerable amount of her creative energies to the assemblage and recording of Eritrea’s folkloric canon, a body of oral literature which has been handed down through the ages in the form of ‘aulòs’, which literally means ‘Please give me permission! I have something to say publicly in rhyme!’

Naffis-Sahely has worked closely with Sibhatu for over 10 years, making translations of her poems and fables to bringing them to the attention of English speaking audiences. His dedication to making her voice heard has resulted in this new publication.

Aulò! Aulò! Aulò! is the winner of a PEN Translates award and this publication was supported by funding from the EU's Creative Europe Culture Programme