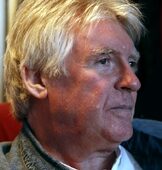 David Harsent has collaborated with composers - most often with Harrison Birtwistle - on commissions from the Royal Opera House, the BBC Proms, The Nash Ensemble, the Prussia Cove Festival, Music Theatre Wales, VARA (Holland), BBC Radio and Channel 4 television. These collaborations have been performed at ROH, the Royal Albert Hall (Proms), the Concertgebouw, the Wales Millennium Centre, The Megaron (Athens), the South Bank Centre, the Aldeburgh Festival and Carnegie Hall. Recordings of two of his Birtwistle collaborations-Gawain and The Woman & the Hare-have been issued on CD. A DVD of The Minotaur was issued last year,and several of his works with composers have been performed on radio and television. He is currently working on English versions of poems by Yannis Ritsos.

David Harsent is Visiting Professor at Hallam University, Sheffield and a Fellow of the Royal Society of Literature.