Introduction to the Trustees 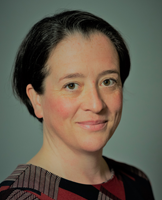 Octavia Lamb is a writer and policy advisor. She was the winner of the inaugural Robert Graves Poetry Prize, and has had work appear in several publications and broadcast on BBC Radio 3 and 4. Previously a picture editor at the BBC and Labour councillor and Deputy Cabinet Member for Cultural Strategy in Southwark, she now advises on local government policy and public affairs. 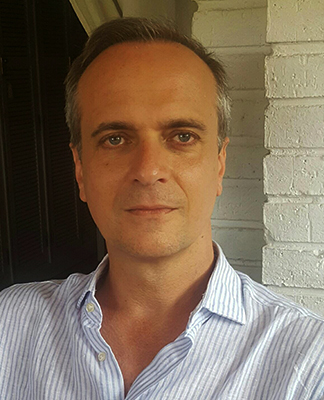 Jorge Llorens has worked for more than 20 years in the finance sector, in London and Madrid. Throughout his career in investment and corporate banking, he has held senior management roles in international organizations such as Goldman Sachs, EBRD and BBVA, in areas such as Mergers & Acquisitions advisory and Client Coverage.

Jorge is also a Treasurer and Trustee at Voluntary Action Islington.

Alireza Abiz is an Iranian poet, literary critic and translator.

Abiz has written extensively on Persian contemporary literature and culture. His scholarly book ‘Censorship of Literature in Post-Revolutionary Iran: Politics and Culture since 1979’ is forthcoming by I. B. Tauris.

He has so far published five collections of poetry in Persian: Stop! We must get off, Spaghetti with Mexican Sauce, I can hear a tree from my desk, 13/1 Koohsangi Street, and Black Line- London Underground which won the Shamlou Poetry Award in 2018. His sixth collection, The Desert Monitor is forthcoming.  Abiz is an award-winning translator and has translated some leading English language poets including W.B. Yeats, Ted Hughes, Basil Bunting, Derek Walcott, Allen Ginsberg and C.K. Williams into Persian. 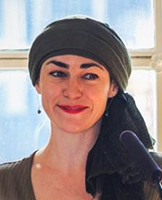 Jen McDerra is a Postgraduate Researcher in the School of Literature, Drama and Creative Writing at the University of East Anglia where she is writing her doctoral thesis on women’s transnational literary networks as part of the Caribbean Literary Heritage project.

Jen teaches and co-convenes the MA Publishing module at UEA and is Commissioning Editor for UPP, encompassing the Strangers Press imprint which works in collaboration with the British Centre for Literary Translation. As part of this role, Jen is currently working as an Education Consultant with the Republic of Consciousness Prize. Jen also tutors for The Brilliant Club which works to increase the number of underrepresented pupils progressing to highly selective universities.

Previously Jen was CEO at the Charles Causley Trust which exists to further the legacy of the poet through opportunities for those engaged with Cornish heritage and the community. Prior to this Jen held a number of roles within the literature sector, including Programme Officer for Commonwealth Writers, Development Manager for The Reader, and Community Relations Officer at Barefoot Books.

Jen became a Fellow of the Clore Leadership Programme in 2018. You can find her at the intersection of narrative, migration, and self-discovery – or in Bristol where she lives.

Bohdan Piasecki is a poet from Poland based in Birmingham. A committed performer, he has taken his poems from the upstairs room in an Eastbourne pub to the main stage of the Birmingham Repertory Theatre, from underground Tokyo clubs to tramways in Paris, from a bookshop in Beijing to an airfield in Germany, from niche podcasts to BBC Radio. In the UK, he regularly features at the country’s most exciting spoken word nights, festivals, and readings. He enjoys the creative chaos of big field festivals just as much as the composed concentration of literary events.

Bohdan founded the first poetry slam in Poland before moving to the UK to get a doctorate in Translation Studies from the University of Warwick. He has worked as Director of Education on the Spoken Word in Education MA course at Goldsmiths University, and was the Midlands Producer for Apples and Snakes between 2010 and 2017. Since 2012, he has been a regular Visiting Lecturer in Creative Writing at the University of Birmingham. He currently holds the post of Creative Producer at Beatfreeks. 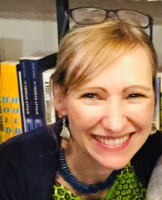 Janet Remmington is a scholarly publisher, researcher, reviewer, and writer. She works as journals editorial director for the global Arts & Humanities programme and regional director for Africa at Routledge, Taylor & Francis. With two decades of publishing experience, she has pioneered interdisciplinary publications and partnership arrangements, and championed global South authorship and resource access. In her research capacity, Janet has published peer-reviewed articles and book chapters on African literature, and she co-edited Sol Plaatje’s Native Life in South Africa: Past and Present, which won the 2018 Non-Fiction Prize from South Africa’s National Institute for Humanities and the Social Sciences. She is completing a cultural history of black South African travel texts for a PhD at the University of York. Janet has Masters degrees in English Literature (University of Cape Town), African Studies (University of Oxford), Creative Writing (Royal Holloway, University of London) and a Postgraduate Diploma in Advanced Studies in Publishing (Oxford Brookes). She has published creative non-fiction, poetry, and reviews in literary magazines, while facilitating creative exchanges and publication opportunities across borders.

Tatevik Sargsyan is a social change practitioner working on strategic development, design and delivery of social change programmes. In her previous roles at The Young Foundation and Design Council, she supported a range of social enterprises to deliver scalable social impact in the UK and worked across various social change initiatives including education and young people, arts and culture, mental health and financial inclusion. She has also worked with arts organisations and written for cultural magazines, including the Calouste Gulbenkian Foundation in London and Lisbon, where she developed The Calouste Gulbenkian Translation Series. She is interested in the civic role of the arts and developing narratives which bridge divides and act as a catalyst for social change. Tatevik is bilingual in Armenian and English, fluent in German and also studied Russian, Spanish and Portuguese. Currently, she is a Senior Designer at the RSA and Founding Editor of Anamot Press.