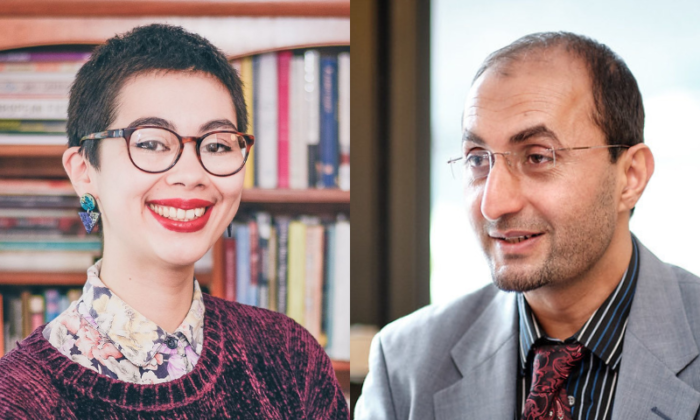 Parween Faiz Zadah Malaal is one of the most popular women poets writing in Pashto. Due to war and turmoil in Afghanistan, she, like many other Afghans, migrated to Pakistan where she lived as a refugee.

Translator and journalist Dawood Azami returns to our Poetry Translation workshops to look at more poetry written in Pashto. Pashto, alongside Dari, is one of the two official languages of Afghanistan and is mostly spoken by ethnic Pashtuns. Modern Pashto poetry comes from a rich oral tradition that includes religious scholarship, storytelling, poetry and a great knack for proverbs.

Dawood Azami has translated many great Pashto poets with the PTC over the years, including Abdul Ghafoor Liwal, Syed Shah Saud, Darwesh Durrani and Pir Muhammad Karwaan. The poems range from mythological to political, reflecting a lively living poetic tradition. Azami is excited to share a brand new poet with us at this session, watch this space for details.

Parween Faiz Zadah Malaal is one of the most popular women poets writing in Pashto. Born in 1957, in Afghanistan’s southern Kandahar province, Parween Malaal got an education in her native city of Kandahar before graduating from Kabul University. She began her career as a journalist by writing for a prominent paper, Tolo-e-Afghan, published in Kandahar. Later, she started working in Kabul for Radio Afghanistan. Due to war and turmoil in Afghanistan, she, like many other Afghans, migrated to Pakistan where she lived as a refugee. Her husband, who was also a writer, died six years after their marriage in Peshawar where they lived as refugees. She also served as the Cultural Attache at Afghanistan's Consulate in Karachi, Pakistan. In addition to poetry, Parween Malaal has also published a collection of short stories in Pashto. Her poetry collections include, Da Khazaan Tilayee Ploona (Golden Footsteps of Autumn), Spozhmai pa Zangalzaar ki (Moon in the Jungle), and Da Aoushku Tasweer (Portrait of Tears).

Dawood Azami is an award-winning Senior Broadcast Journalist with the BBC World Service in London. From 2010 to 2011 he was the World Service Bureau Chief in Kabul. A Visiting Lecturer at the University of Westminster and a Visiting Scholar at Ohio State University, he speaks five languages, writes poetry and practices calligraphy.

Helen Bowell is a London-based poet and co-director of Dead [Women] Poets Society. In 2020, she co-guest-edited an issue of Modern Poetry in Translation (focus on dead women poets). She is a Ledbury Poetry Critic and her debut pamphlet The Barman was published by Bad Betty Press in 2022.

The poet being translated at this session will be announced soon.

There is no need to know the language being translated. Simply come along and share your passion for words, writing and understanding.

You can get tickets for individual workshops or save money by signing up for a Season Pass. The saving on a season pass is equivalent to a free workshop. Concession tickets are available for the unwaged.