A Few Comments on the Gender-Inclusive Language Ban in Buenos Aires, Argentina 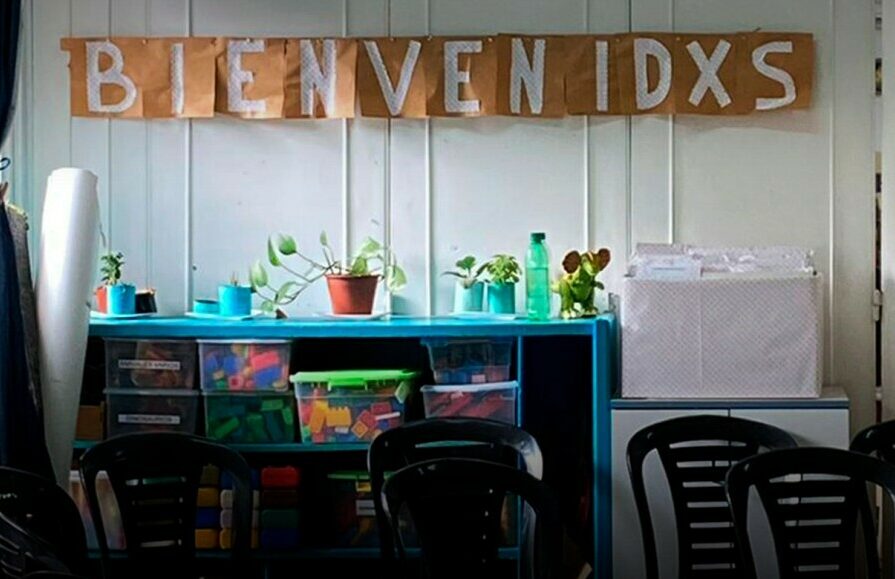 For a couple of years now, I have been teaching Literary Translation at higher education institutions in Argentina. Like many other professors, at the beginning of each term I send an email to my new students welcoming them to the subject. Ever since I started teaching, I have opened this and every email of the year with the greeting “Hola a todxs”. However, this year the meaning of the word “todxs” has suddenly become an act of political insubordination instead of a warm and inclusive welcome.

A little context is due at this stage. In Spanish, as in many romance languages, words are packed with gender markers. Not only pronouns, but also articles and most adjectives and nouns are gender-marked. The word “author” has two possible translations in Spanish: “autora” (female) or “autor” (male) ; “tired” can be either “cansada” (female) or “cansado” (male). According to the norms of the Royal Spanish Academy, the plural forms of many words also take on the male gender-marker. Therefore, for a group of boys and girls, you say “chicos”, with the masculine “o”. Even if the group you are addressing are mostly girls—even if there are 10 girls and only 1 boy, the plural will be “chicos”.

Around the 70’s, the notions of sexism and heteronormativity in language, and the idea of using language in a more inclusive way started being brought to mainstream attention. These notions grew even more as the queer community gained visability, for they gave genderqueer or non-binary people the tools to speak a language that represented them.

For the past ten years, gender-inclusive language has steadily become more widely used in the City of Buenos Aires, especially among teens and young adults. Kirchnerist graffiti in the streets read “todxs con Cristina”. During Friendship Day, several people wish you “feliz día del amigue” instead of “feliz día del amigo”. In 2018, there was a first case in which the Gender Identity Law allowed a non-binary individual to amend their DNI (i.e., their National ID) so it would not include their sex. As laws such as this, along with the media, and especially people everywhere started fostering awareness on gender-identity and the weight of the written and spoken word, several teachers and professors across Argentina adopted gender-inclusive language in the classroom as an effort to make all students, regardless of their gender, feel comfortable.

However, this year the City of Buenos Aires government issued what they insist on calling a “regulation against” as opposed to a “ban on” the use of gender-inclusive language in classrooms in all education levels. As criticism and even plain condemnation started thundering back at the government, minister of education Soledad Acuña claimed that this “regulation” had been passed as a consequence to low test results. According to Acuña, gender-inclusive language stymied students’ learning process and negatively affected their reading comprehension. On the other hand, she claimed the Ministry of Education had also provided a guide to the use of “non-sexist language,” encouraging teachers to resort to other strategies when addressing students and parents. According to her, strategies such as saying “chicos y chicas” (the male and female variants of “children”) instead of “chicxs”, and using non-gendered words like “personas” (“people”) would be fairly simple ways to replace gender-inclusive language while generating less confusion to students.

One need only go a couple of years back to question the government’s claim that gender-inclusive language, among all things, is the main obstacle in the students’ path towards a better reading comprehension. Only in 2017, the Buenos Aires City Government started the project “Secundaria del Futuro” (literally translated, “The High-school of the Future”), which proposed a high-school model where teachers would draw back to the position of “tutors” or “supervisors” while students learned autonomously. This project cut out instructional hours and replaced them with internships in firms, where students would be taught by employees —that is, people with no pedagogical training or experience in education whatsoever. Naturally, this project was heavily criticized by both students —who claimed the government had more serious issues to invest in, such as the construction of bigger and safer schools, or even such basic things as ensuring that every child had breakfast to eat before going to class— and teachers —who complained that they had not even been consulted regarding these reforms and had not been involved in any way in their planning. But, apparently, not having breakfast or a properly trained teacher are not as detrimental to the learning process as using gender-inclusive language.

“If we think about the fact that gender-inclusive language has emerged as a tool to point out an injustice, an inequity, and to name new identities, this measure is clearly political,” says Alejandra Rogante, a translator, translation professor, and former Coordinator of the Translation Degree at Escuela Normal Superior en Lenguas Vivas ‘Sofía B. Spangenberg.’ “If we think about it in pedagogical terms, the measure goes against past beneficial changes in the school curriculum, in which a communicative and discursive approach was sought. Why, then, ban a form of expression when we can hear it in our streets, in families, in everyone's daily life?”

Oddly enough, teachers and professors are not allowed to use gender-inclusive language in any internal official communication either. Many projects for workshops or seminars at institutions that depend on the Buenos Aires City government —which aimed at creating new spaces for students to reinforce their learnings— were put on hold and returned with requests to be rewritten simply because they had used gender-inclusive language. This certainly makes you wonder —is this really about reading comprehension?

Certainly not. Especially if you stop and read the supposedly comprehensive guide to the use of non-sexist language issued by education minister Soledad Acuña, whose alternatives disregard non-binary people completely.

Most of us have felt, at some point in our lives, that language did not do us justice. Words were simply not enough to express the complex feelings we were harboring, or explain deep and complicated thoughts. Now imagine if this was not the case only for complicated thoughts and overwhelming feelings, but for a statement as simple and common as “I’m tired.” Imagine if every time you had to introduce yourself, you had to struggle with the possibilities of your own language. Imagine if every time someone addressed you you felt they were labeling you in a way that made you uncomfortable.

That is what nonbinary-identifying people feel every single day using non-inclusive language, and that is one of the reasons why gender-inclusive language is so important, especially in the context of a classroom. If teachers and professors cannot speak in a way that makes everyone feel part of the class, how are they supposed to create a healthy environment that enables students to learn?