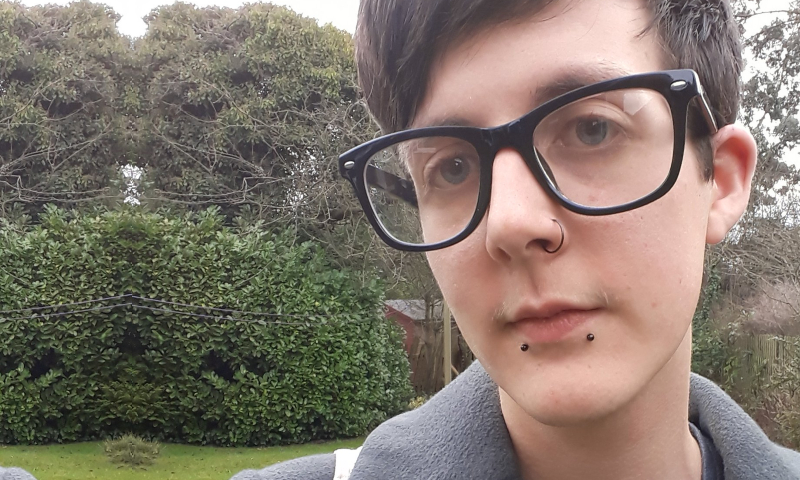 In 2017, in the midst of my spoken word awakening, I wrote a poem entitled Bienvenidos.

The poem germinated from an uncertainty gnawing its way through my chest. I was in the second year of a BA Modern Languages course, a subject largely populated by fellow white, middle-class students looking forward to their years abroad in sunny, safe European nations. At the same time, I had close friends who spoke English as a second language, several of whom worked long hours alongside their studies. My eyes were being opened both in and outside of the classroom to the realities of colonialism and its heritage. I wanted to express my unease with the way my multilingualism was praised by fellow native English speakers, while others faced derision and discrimination for their linguistic plurality.

My fellow slam team members liked the piece, and I took my poem along to UniSlam – a national inter-collegiate competition – feeling certain that I was bringing a fresh perspective to the poetry scene. It was only once I had watched several rounds of the competition that it hit me: my position was not special. There were numerous poets at the slam performing in multiple languages and exploring themes of linguistic injustice and reclamation from perspectives far more emotionally invested than my own.

After the semi-final in which I read Bienvenidos, a Spanish girl from another team came up to me. She told me that my accent was “fine”, and we chatted a little about ceceo-seseo distinction, but she had little else to say about the content of my piece.

I realised while talking to her that my poem had said nothing new to her about her experience. In fact, it might well have felt like I was talking over her, and the numerous other multilingual poets in the room, by centring my own musings about my privilege. I had thought I had something unique to say – but in doing so, I was buying into the same exceptionalist narrative my own writing was attempting to reject.

When it was suggested that it might not be a good idea to take the poem to CUPSI – an identity politics-heavy U.S.-based slam – I was quick to agree. The Spanish language has its own particular history across the Atlantic, one which I’m in no position to tell. What’s more, I still felt shame at the privileged positionality I had brought to the piece, without thinking about how it might sound to a multilingual audience. I dropped the poem and set about writing new pieces centred around my own experiences.

Several years later, upon careful deliberation, I chose to dust off Bienvenidos and perform it as part of the Poetry Translation Centre’s ‘Insert Name Here’ Youth Slam Poetry Night. In part, my reasoning was that it was a piece directly addressing the topic of language and translation. But I also wanted to revisit the piece with a greater understanding of myself, the poetry scene, and the world around me.

This time, I was well aware of my position upon entering a multilingual poetry space. I couldn’t speak to first-hand experiences of racialised linguistic injustice or discovering identity through a mother tongue. What I could speak to was what the piece had been aiming to address the whole time – my own position of privilege as a white, multilingual native English speaker. I did not need to assume the role of an authority when addressing fellow poets with an intimate understanding of the issues I was discussing. Rather, I took the position of an interlocutor, hoping my voice could add nuance to a conversation that is, in all honesty, not really about me.

Given that the event was online, it was hard to gauge reaction to my piece. But I was left with a feeling of contentment that I had been able to re-examine a poem I had once been ashamed of and bring a new perspective to my performance of it.

At the end of the day, shame isn’t helpful – whether it’s about my poetry, my privilege, or anything else. Shame freezes dialogue, twists thought patterns, and makes the conversation about me, me, me. Unease is a tool, a way of examining the things we don’t like to look at and teasing out the nuances of it. Unease was what I had been attempting to use all along, both as subject and as method. I just needed a fuller grasp of my own positionality in order to wield it effectively.