By: A K Blakemore, 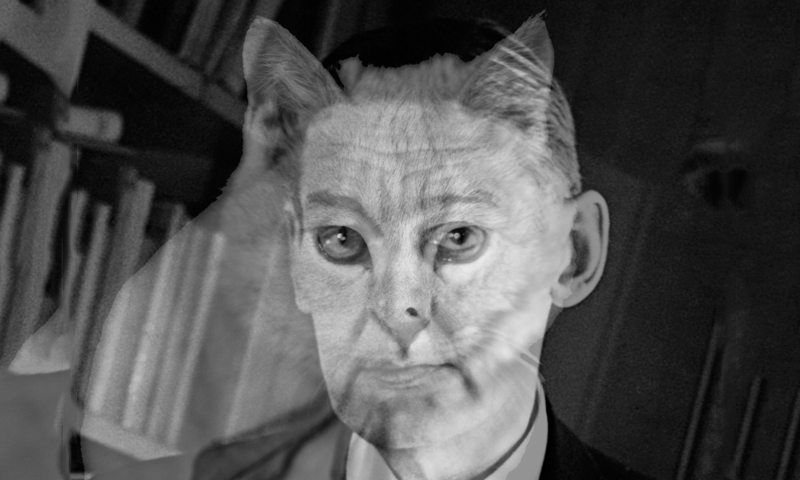 In her New Yorker piece on Cats as an ‘outrageously unlikely’ cultural phenomenon, Jia Tolentino described how this film has been brought to us courtesy of a chain of ‘highly idiosyncratic creative impulses’ that begins with T. S. Eliot’s publication, in 1939, Old Possum’s Book of Practical Cats – a collection of the cat poems authored for his godchildren. The ‘Old Possum’ persona was a form of literary blackface; a nickname given to Eliot by Ezra Pound, who lifted it from Joel Chandler Harris’ 1880 deep South folktale anthology, Uncle Remus (which was itself the inspiration for Disney’s controversial 1946 musical Song of the South). The poems themselves are strange and singular works of felinica, that jingle pleasingly and pastiche the popular balladry of the era. The jejune rhyme schemes deployed sometimes precipitate groaningly inelegant couplets (‘When the family assembled for Sunday dinner / With their minds made up that they wouldn’t get thinner’ is a real example from ‘Mungojerrie and Rumpelteazer’), but Eliot largely avoids mawkishness, and pays occasionally arresting and always energetic homage to the contradictory charm of the domestic cat – cute-creepy, nice-nasty, adorable-aloof – immersed in the miniaturised smokes of 1930s London. The poems are also obliquely, and sometimes explicitly, racist (Siamese cats and Pekingese dogs embody crude orientalist stereotypes throughout).

The fraught adaptation of Practical Cats into one of the world’s longest-running musical stage shows began in the early 80s, when opera gargoyle and Bedroom Tax enthusiast Sir Andrew Lloyd Webber began to recite ‘Macavity the Mystery Cat’ during a particularly tiresome tech rehearsal of Evita, which was very extremely normal of him. Realising the potential of this material to delight theatre nans for decades to come, he began to set the poems to music with the permission of Eliot’s widow, Valerie. Valerie – who had previously refused permission for a Disney adaptation of the book – apparently granted it to Lloyd Webber on the proviso that the titular Cats would retain their mystery and danger: he would not make them into “pussycats”. Valerie also insisted that no dialogue would be added to the content of Eliot’s poems (an injunction much to be mourned by viewers of the cinematic adaptation whenever James Corden, as bourgeois tomcat Bustopher Jones, hoves around a corner to make fat jokes about himself). This clearly presented an issue for Lloyd Webber and his collaborators: Practical Cats is a series of disconnected vignettes with no intelligible plot around which the putative stage musical could be built. It was Valerie herself who offered a solution – she showed Lloyd Webber an unpublished draft of a poem concerning “Grizabella the Glamour Cat”, an ageing streetwalker who sniffles winsomely at the edge of death. Eliot had excised the poem from Practical Cats, deciding it was too sad for children, and demonstrating an appreciation of tonality that was subsequently to elude both the stage and screen adaptaions. Lloyd Webber and Cats director Trevor Nunn made Grizabella the Glamour Cat and her eventual ascension to the ‘Heaviside Layer’ – a sort of afterlife-dimension for cats – the narrative backbone of the musical. ‘Memory’, Grizabella’s solo number, was to become the show’s climacteric moment.

So Tom Hooper’s Cats (2019) is an adaptation of an adaptation, a translation of a translation. Lloyd Webber’s stage show massaged the mannered whimsy of Eliot’s Practical Cats into an immersive, visceral, merchandisable danse macabre that effectively used the poems’ sidereal motifs as an aesthetic garnish for big tunes and very firm people in tight leotards. Hooper’s task, as it appears to me, was to streamline the live show’s ramshackle bombast into a pleasant two hours (really) of light entertainment to be enjoyed before a Boxing Day trip to Pizza Express with one’s extended family. A visual metaphor: Tom Hooper, chestnut curtains slick with sweat, attempting to stuff an actual, sprawling, hissing cat into a wet hessian sack. The cat is wide-eyed and flat-eared with terror. The cat is biting and clawing at Tom Hooper’s big, apparently capable hands. I am the cat.

When you are watching a stage show, you can look wherever you want to on the stage (you can also close your eyes if something particularly horrifies you, but for the sake of argument, let’s say you don’t). You can look at the lighting rig, suspended in the dusty chiaroscuro above the stage. Or at the dancer at the back, a beat behind the rest of the ensemble. Or Mr. Mistoffelees performing his signature twenty-four fouettés en tournant, like you are meant to. When watching a film, you are granted no such licence. The camera is your eye. You have no choice but to look. Look at Rebel-Wilson cat eating cockroaches with human faces and weird, shining bodies. Look at James-Corden cat softly tonguing himself. Look at Taylor-Swift cat, who is implicitly naked except for a collar and shoes?

Much that is arresting in the stage show is lost on the screen. The athleticism of the dancers and the ingenuity of the choreography is obscured by the flatness and fuzz of CGI, lost to frenetic editing. The frequent celebrity cameos are distracting, where the anonymity of the painted dancers in the stage show allowed for a certain mythopoeia. Disbelief remains solidly grounded. There is much talk of who, if anyone, escapes from this wreck alive: it is true that Ian McKellen somehow acquits himself with relative grace as - wait for it - ‘Gus the Theatre Cat’. For my money it’s Ray Winstone who comes off best, bellowing the first verse of ‘Growltiger’s Last Stand’ from a barge in the middle of the Thames (just the first verse, though - not surprisingly, Lloyd Webber and Hooper both chose to gloss over Growltiger, the Virulent Race-Hate cat). Both Winstone and McKellen benefit from the fact that the clothed cats are much less upsetting to look at than the naked cats. Perhaps the most upsetting thing of all is the script, which is literally three-quarters Christmas cracker quality ‘paws for thought’-style cat puns and ten per cent grim body politics and fifteen per cent I’m not sure because I couldn’t hear or understand what they were saying (people shout the word ‘ineffable!’ a lot). More than anything, the sleekly futuristic visuals only serve to highlight how dated the source material is. There’s something fundamentally jarring about hearing Jason Derulo pretending to be Prince pretending to be a cat, singing about liking ‘grouse’ and being ‘disobliging’.

One star out of five.

A K Blakemore is the author of two full-length poetry collections - Humbert Summer (Eyewear, 2015) and Fondue (Offord Road Books, 2018) - and one pamphlet, pro ana (if a leaf falls, 2016). She worked with the translator Dave Haysom on My Tenantless Body a collection of translation of the Chinese Poet Yu Yoyoy published by the PTC.