Extract from an Interview with David Harsent published in The Wolf 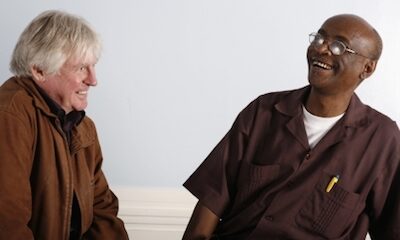 As part of the Poetry Translation Centre's recent World Poet's Tour you've produced final versions of the Somali poet Gaarriye. What was the most testing part of the translation process?

The cultural gap was colossal. Most of what I had to get to grips with to understand and make sense of had to do with this. For example Gaarriye has a poem about Nelson Mandela which was easier because I understood the impulse behind it the extended metaphor relating to Gaarriye's situation in Somaliland and of course the 'Free Nelson Mandela' movement existed here.

However there were lesions and fractures in logic that seemed to exist because of my lack of understanding of the culture and the language. I had to find a way around these kinds of things.

Also, and I'm heavily paraphrasing here but when Gaarriye speaks of a woman being 'beautiful like an overcast day' I had to understand that a good day in Somalia is when it rains.

I was given the literal translations by Martin Orwin and 'Alto' which helped tremendously. Martin would give me precisely what Gaarriye had said and then gloss each line so I'd know exactly what Gaarriye meant or what he might be referring to. Martin even added prose versions of what he thought the poems were about.

Nevertheless there were a lot of cultural differences to be understood. In terms of everyday parlance when Gaarriye is talking of camels or goats - according to how we live - he might as well of been talking of cars trucks or planes.

Somali was an oral language until 1972 and much of their poetry in only available on tapes. Did this help you find a rhythm in the poems?

I wanted to find something that was both musical and conversational. For some reason The Hiawatha metre came into my mind and what survived from that notion were a lot of feminine line-endings so the voice lifts at the end of the line and carries onto the next in a kind of forced enjambment.

It seemed to work.

I was very pleased during the tour when I read with Gaarriye at The Brunei Gallery and a Somali journalist came up to me afterwards and said that my versions of Gaarriye's poems were the best he'd heard in any language outside Somali. I was delighted on hearing this not because I felt it was an occasion to pat myself on the back but because that was my task.