How do you write lyrics under repressive authority? 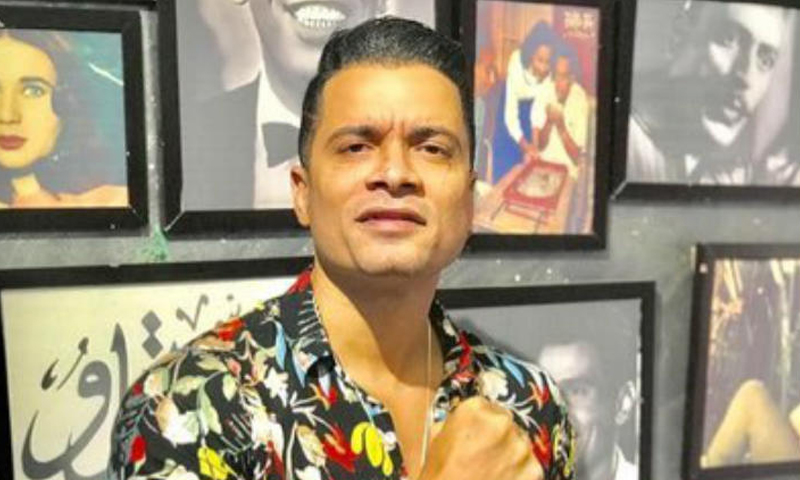 Over the past few weeks, hundreds of thousands of people in Egypt, maybe even more, were enthralled by a hot argument which broke out on the music scene. Early in February, people woke up to find out that a representative of the Musical Professions’ Syndicate had harshly attacked two famous young singers. The singers had become very popular after performing a song that went viral on YouTube, attracted a huge audience and grabbing the attention of millions all over the world.

The attack was triggered by ‘indecent‘ words that the song exposed the audience to, words that were thought to be against the norms of the wider community.

“Without you, I would have been drinking alcohol and smoking Cannabis”. This is the phrase which caused the battle, moved so many critics, and brought about an unexpected response from the authorities. ‘Alcohol’ and ‘cannabis' were considered unacceptable words. The response was far-ranging, the syndicate took a decision to prevent the two singers from future live performances. But that was just the start.

If you look back over the past few years, a panoramic view allows one to realise that this is not the first time a song’s lyrics caused waves in the Egyptian community. These provocations usually occur when words go beyond routine things people are used to hearing. But this time there is a crucial difference that should be noted - the persons who’ve joined the attack: the public intellectuals, the artists, and members of the syndicate of musical professions itself. None of these groups were ever so aggressive, or rigid and conservative in their attitude before.

Egyptians are witnessing unprecedented political oppression, markedly deteriorating socioeconomic condition, with these dark shadows now being reflected in the cultural sphere, with these kind of hollow, meaningless battles; that will mostly lead to nothing.

Those who never heard of Hassan Shakoush, one of the two singers, have googled him and listened to the song. A few days ago, a friend called me to express her extreme anger. She said she felt offended because of what she heard about the ugly lyrics Shakoush has sung. Expanding our conversation, she pointed to a cultural breakdown the Egyptian society with regard to morals, virtue and even ‘good art’. Then she started to recall Egyptian star singers form the 40’s, 50’s and 60’s, days that will never come back. One week later, the dear friend called again, to say she had let go of her anger, regained her neutral mood and has, finally, listened to the controversial song, and, eventually, loved it!

My friend changing her opinion dramatically to the opposite side reflects how actively the public opinion is being manipulated, shaped and directed under the Egyptian authoritarian systems’ hegemonic power, with its deeply effective tools. People hear about new productions, song lyrics, or even movies, abruptly get furious or fall in love with them before watching or listening. They get their opinions from the media; usually government-backed channels, they build up certain mental image based on what they have been told, regardless of the quality of the artwork itself.

The Musical Professions’ Syndicate’s representative said he is not going to meet with the two singers, not now or ever, although they have apologised, removed ‘alcohol’ and ‘cannabis’ from the lyrics, and have shown a willingness to comply with the Syndicate’s wishes. The representative, who received loud applauds for his braveness in facing down the devilish artists, took further steps and produced another official decision, to ban a certain type of music called ‘Festival Songs’. The lyrics of these songs together with their tempo and, of course, the genre’s performers are extremely popular but they are now being collectively accused of sabotaging the public taste and mutilating the social norms.

The Egyptian newspapers wrote about the syndicate’s intentions to officially ask YouTube to ban the ‘bad’ songs and prevent them from being broadcasted on the site. Such a move undermined the syndicate’s position. YouTube’s policies are clear, they will never interfere with the content of any artistic work, except under certain conditions, mostly breaking copywriter law, showing indecent images or in cases of hate speech, none of which applied in this situation.

Al-Mufty; the former official religious man; who tells people what’s correct to do, and what is wrong and to be avoided, has joined the battle, producing a statement to warn people against Festival Songs, claiming that their religion calls upon them to reject these songs because they sabotage human morality and push people away from god.

Umm Kulthoum; the internationally acclaimed Egyptian star singer; has many well-known songs with lyrics about spirits, drinking alcohol, love and lovers who lose hope.  For decades these songs have been favourites of millions of people around the Arabic world. Based on Al-Mufty religious view the songs of Um Kulthoum could be considered offensive and should be banned too. A paradox to think about.

The legal counsellor of the Musical Professions’ syndicate, said that Festival Songs singers have committed ‘mistakes’ as regarding the words and lyrics they’ve picked. He’s also stated that; those who chose to defend the two singers blamed in the original media story are not paying enough attention to their national commitment. Such accusations are really serious and might have dangerous consequences when one lives under the iron clad fist of repressive authority.

The whole situation raises a number of questions, some about the motives that moved the authorities in this case in particular, whether it is a manipulation to cover political failures or not.

Other questions are about the limits of freedom of expression, which narrows in Egypt day by day, suffocated by miserable trials, that patronise the community by classifying things into ‘bad’ and ‘good’ in an immature fashion and push people to obey.

Ultimately words, in whatever form are still effective in the face of oppression. Poems, lyrics and songs reach people everywhere, cross borders via the internet in ultrashort time and profoundly exert their power everywhere. In our era, it’s nearly impossible to hide, ban, or abolish words.