I am a masochist exophonic poet 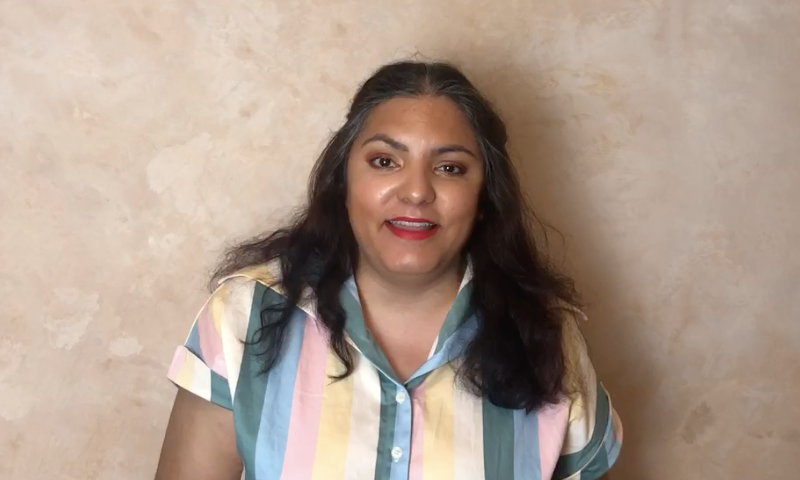 In the movie 'Vicky, Cristina and Barcelona', the character of Bardem explains that his Spanish father, a poet, doesn’t speak a word of English because “he doesn’t believe a poet should pollute his words by any other tongue”. I always found that line very intriguing, and somehow brave, but at the same time quite sharp and insulting: how could someone decide to shut their mind to knowledge only because it’s in another language and how could that be defined as pollution?

My first teenage love, apart from Mark Owen, was singing and poetry: I would listen to English songs and I would try to translate them and pin the pronunciation. Of course, I would fail miserably, but I kept going until I started writing some kind of mash-up of poems and songs in English. I was obsessed with the Beat Generation and I was totally devoted to their idealism about rhythm and spontaneity: “First thought, best thought”, as Allen Ginsberg used to say. This made me develop a love for instinctive movement and impetuous but free musicality in a poem: my mission was to find the perfect poetic foot in my lines, although I was never good with counting syllables and, even to this day, I have no talent in that or in metre or in rhyming schemes.

I realised soon that I loved how my brain would work while using the English language, so when I arrived in London and I decided to start composing poetry in English, I stopped writing in Italian: I never thought myself to be particularly smart and I got really worried that I would never be able to balance the two languages. Strangely enough, I was doing the same thing that the father of Bardem’s character did, but in reverse: for years I refused to write in Italian and read very few books in my first language.

In Italian, I would be quite sloppy and very conceited in my writings, thinking that I didn’t need any rewriting: “Nailed it on the first take!” I would think arrogantly, but in English suddenly I would be full of doubts and the dictionary, together with the thesaurus, became my best friends. Every single word would need to be weighted and measured, taking me days to make up my mind about details that in Italian would have been insignificant.

Someone might wonder why I would betray my first language for English, but the truth is that Portuguese was my first tongue and not Italian. Until I was eight years old, I lived in Brazil and I would go to school and speak and write in Portuguese, but when I moved to Italy I was barred from speaking or reading it: my adoptive parents wanted me to settle in the new environment and thought that was the best way.

Little by little, I started forgetting my real mother tongue and soon I lost my compass and my identity: for many years I had many questions about who I was.

Am I Italian? Am I Brazilian? Can I be both?

This reflected upon my use of language, and English soon became the tabula rasa I needed in order to rediscover and mould myself in my own image.

I now know I put myself in exile when I came to London and left my Italian house: I had to go through that in order to find my real home, my soul and my voice as a person and as a writer.

Sometimes, I wish I could have been more romantic with the Italian language and been a linguistic monogamist, but clearly, that wasn’t meant to be my path and I’m definitely happy with the outcome.

Joseph Conrad once wrote to a Polish friend: ‘When speaking, writing or thinking in English the word Home always means for me the hospitable shores of Great Britain,' [1.] and while speaking to Sir David Bone, he announced that he was British ‘by choice’ because “I am more British than you are. You are only British because you could not help it.” [2.]

It wasn’t my choice to be born in Manaus and live my teens and early adulthood in a small northern Italian village, but it was definitely my choice to become a Londoner and embrace my past and my present.

London is the perfect reflection of what I am: a minestrone of cultures, histories and languages.

When I first started to go to poetry classes, years ago, I would feel so much pressure to deliver what I thought was English poetry until it became clear that, that wasn’t what was asked of me. I was overwhelmed by my feelings of inferiority: many times I would be the only alien in the room and I would end up staying in silence for most of the lesson or talking just to fill up the air like the women in Passage to India where they would shout words in English to Adela trying to impress her, but they all embarrassingly failed. It took me a long time to realise that, what was wanted and what I wanted to give and share was my poetry and my immigrant’s perspective not only to London’s daily life but to the language too.

Instead of a weakness, my fresh off the boat status was my best strength, my trademark and I should showcase my own version of English poetry because as Marlow, the character in The Heart of Darkness says: 'the onlookers see most of the game'.

I do have the right, the power and the abilities to carve the English word because my creative spirit is made of different facets: my Italian and Brazilian background, my sexuality and my being a Londoner.

Now I’m ready to own it because I am proudly aware that I’m holding space and time through multiple identities and they all intersect in the English language.