In Place of Memory 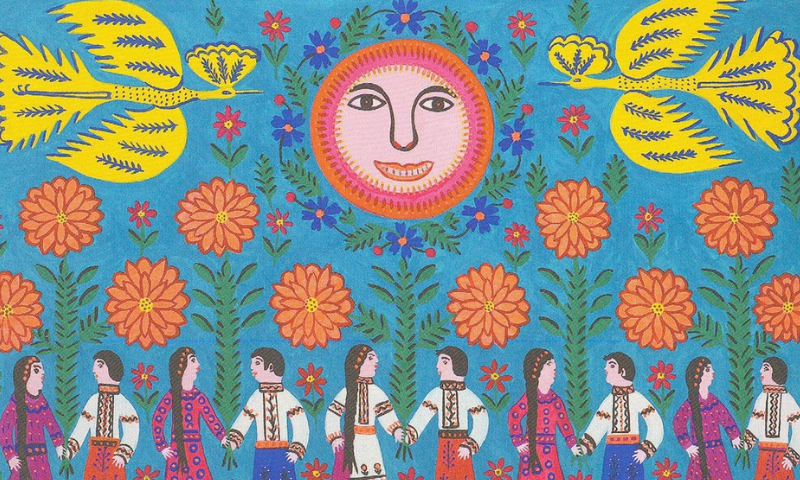 These lines were written by Starovoyt in 2014, in the wake of Euromaidan. The images we see in the media now of bombed hospitals and pregnant women escaping, the stories we hear of children walking on foot, alone, to the border, were already set into motion in 2014, with Russia’s invasion of Crimea and the West’s ineffectual response. I am not writing this to argue that the war was preventable, rather to validate Ukraine’s set experience of events, which is so often undermined.

A displacement of both the self and of collective memory pervades Ukrainian history. My interest as a writer has always been how we can honour and capture memory, which is why I turn to poetry. Poetry is the space in which truth in all its forms, whether factual or felt, exists. A well-known example of felt truth portrayed through poetry is Ukrainian-American poet Ilya Kaminsky’s 2019 collection Deaf Republic. The book is set in the fictional town of Vasenka, which is occupied by forces claiming to “protect the freedom” of the townspeople. After a young deaf boy is killed by a soldier, the town goes silent in protest:

“Our country woke up next morning and refused to hear soldiers […]
Our hearing doesn’t weaken, but something silent in us strengthens”.

At the time of Deaf Republic’s publication, Crimea had been taken by Russian forces, and the Donbas region was under extreme duress. Easy to refer to Deaf Republic as allegory, yet it is far more complex than a literary technique. Part of its complexity lies in the questions of felt truth, misinformation, and how these relate to the experiences of Eastern European people, not just today, but throughout generations.

The confusion of information we find now is part of what Carole Cadwalladr refers to as the “Great Information War”, where tactics reminiscent of the Soviet era are being used once again. The most well-known form of cultural gaslighting enforced upon Ukrainians was the Holodomor, a Stalin-imposed, man-made famine between 1932 to 1933, which killed an estimated three million Ukrainians. It was used to deter any form of return to Ukrainian independence. The word Holodomor (deriving from the roots holod, meaning hunger, and mor, meaning plague) itself was banned from use, the acknowledgment of this human atrocity dismissed as anti-Soviet propaganda. We see this same rhetoric employed now by the Kremlin, with Putin’s recent declaration that Ukraine was founded by Lenin, and Lavrov’s claim to the media that Russia has not attacked Ukraine. The world is being told that our country, our history, does not exist. We are at risk of disappearing in real time, both physically and historically.

The preservation of collective memory is vital to Ukraine’s survival, and what we are witnessing in many ways its destruction. In the past week alone the memorial to Babyn Yar has been shelled, the folk art paintings of Maria Prymachenko destroyed by Russian forces, countless churches and mosques left in ruins. Yet in the midst of this destruction, there is a movement of writers, particularly poets, documenting the war. Their words are one thing it cannot kill, they are a means of fighting against misinformation. Much as Anna Akhmatova (born in Odesa) had to whisper lines of poetry to friends who would commit her words to memory, and in so doing preserve a reality of the Soviet Union which was not meant to be told, so too now poets are capturing the horrors of Russia’s invasion, that which the Kremlin does not want the world to see, and sharing it online:

Unlike the obligations of journalists to be objective (although we know this is not always the case), poetry presents the opportunity for emotion and felt truth, which in a way feels more honest. Poetry as a mode has always been vital to the preservation of Ukraine’s collective memory. I urge anyone who seeks to understand more about the war to not only read contemporary Ukrainian authors in translation, but to also delve into Ukraine’s rich literary history. If the have anything, it is the strength of our words:

“The sun sets and the mountains darken
The birds fall silent, the field is mute
People happily lay down to sleep,

But I lay awake and look... my heart
Yearns for a dark orchard in Ukraine.

I yearn, I yearn, remembering

And in memories my heart rests.”