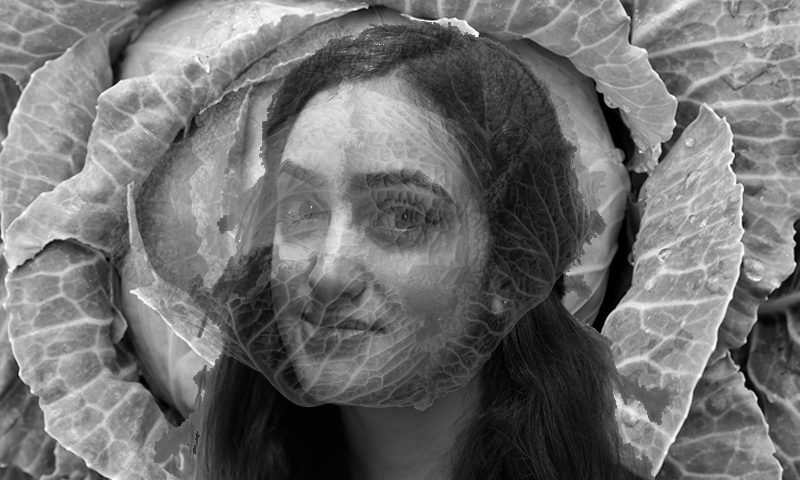 Tice Cin is a poet and writer who has been commissioned among others by St. Paul's Cathedral and Battersea Arts Centre. She is an alumnus of the Barbican Young Poets programme and has recently been published in the Out-Spoken anthology NASCENT. She was a recipient of a London Writers Award in 2018 for Literary fiction Cin has just finished her debut novel; a story set in Tottenham that explores themes of risk and play and heavily features cabbages. Tice is also a member of the PTC Advisory Board.

So, how did you start out with poetry and writing in general?

I would say there were a million different beginnings, as is usual with any creative endeavour. I think my formal start was with the Barbican Young Poets. I applied a couple of times before I got in. Jacob Sam-La Rose teaches us and shares poetry with us, together with Rachel Long. They have helped us to see the poetry scene as less scary and more accessible.

But when I think about my more literal start I think of Facebook statuses. I used to have a really old phone so I had to send a text message to a number to update my Facebook status. While I was on the bus home, the 217 from Enfield to Turnpike Lane, I'd have little thoughts and text them to that number. And people were confused about my really weird texts. Back then I didn’t know I was thinking in poetry, I was dropping little bars of text, that only made sense to me.

You've joined the PTC advisory board, what draws you to poetry in translation?

I see translation as an encounter with the feeling of something that is out of your reach. It seems unfathomable to me that you wouldn't want to read work written in another language. So if I want to be in a place but I can't access it, for me literature is the way to go there. I think you can feel the rhythm of another language in a piece in translation. A translated text then is another part of the story that we wouldn't have known otherwise. To return to the question: I guess I came across the PTC in the same way. I tried to understand my own language a little more. I tried to find Turkish poets but I didn't really know how to. I loved one of the poems by Bejan Matur, Every woman knows her own tree, and I was enthralled by the PTC website. It has so many resources.

Recently you hosted a workshop on poetry translated by AI and on machine-generated poetry. Soon this workshop will be repeated with the PTC. What is your approach to these workshops

I was thinking about how AI usually is coded by English or North American people, mostly men. The AI systems that we have access to in the UK are monolingual. I reached out to translator and poet Khairani Barokka to work with me. Khairani recommended researching programmers working all around the world. Through this, we found out about other systems we can use to translate that don’t have an anglophone priority.

I was captivated by the idea of translating AL generated poems ourselves. In our last workshop, we used examples of poetry written by Microsoft chatbot XiaoIce, and we translated the poetry it was writing with a group of people, there were at least ten languages in the room. The project became an alternative PTC workshop. I’m having a lot of fun threading results from them into soundscapes and collecting people's responses and I hope to share it one day.

So in this workshop, the author is not human?

Leaning into the personality of the robot is actually really interesting, it raises questions of authorship. I am really fascinated by the rights of robots, because it’s easy to think of it as authorless work, there are no rights, and we can just translate it freely. You can't ask what their intentions were, or if they have been translated in a way they are happy with. I think of it also as unpaid labour. Without trying to humanise robots in an unhelpful way, I still feel there is something uncomfortable about profiting from a robot’s work. It's profiting from coded creativity.

You have worked with technological issues before, in your MA thesis you worked with ideas of representation of the female body in posthuman literature. What got you into the topic of posthumanism?

I always loved reading technological narratives, but what specifically started this was the Manifesto on Xenofeminism by Laboria Cuboniks, I came across it at UCL, after my dissertation supervisor Matthew Sperling recommended it. It was really interesting thinking about how capitalism reframes our bodies and how much agency we really have in reshaping our own bodies. Because the way that people can use technologies of sexuality to remodel themselves is framed through the perspective of a white cis-man. So I was trying to think about the limitations of what we see in current posthuman literature. For example, when looking at robot stories, these robots are empty of any fluids, they are women who are dry. So what does it mean to erase the biological processes that make us who we are, and what is it about us that we can't imitate in a piece of technology? Maybe our biological processes and how they are linked to our brain as a form of ‘wetware’ is what makes us human.

Oh, but the biological and wet human in contrast to dry machines reminds me of the video project you were involved in at the Barbican 'This home was not built to last'. Maybe we can talk about that?

That was a collaborative project with my collective Design Yourself, and my first artistic response to my dissertation – my interests started to line up. It’s about Brutalism and the body, but also how a building estate without its people means nothing. Places like Broadwater Farm estate, brutalist buildings, they are built with a utopian idea in mind to echo nature and bring communities together but wider structural failings caused by government cuts and gentrification start to force their residents away. I was wondering if humans were removed from an architecture project that was built for them, what would happen. If left to be what would it grow to look like?

Also, the Garden Room in the Barbican really reminds me of a space where nature and infrastructure built for humans overlap. It feels like nature is taking over the brutalist structure of the building.

Yeah, it is a really inspiring place for me. Growing up I used to chill in Lordship Recreation Grounds, a big body of water running through my bit of town and I never felt like I was far from nature. But people always assume if you are an inner-city kid that you don’t know what a tree is. But in reality, many estates overlap with the rural, there's a lot of green in or around them. Le Corbusier always wanted walkways in the sky, trees and plants were always in the blueprints for these types of buildings. These green space plans were ways of helping us streamline our connection with society and community. Maybe the intentions of earlier architecture are easier to implement now that we have seen how things have gone wrong.

The way that architecture or any infrastructure is built is always to serve, the primary idea is not harmony, between humans and nature) but hierarchy. Posthumanism imagines a removal of the human/self from the centre. Is this removal of the self a reason why you turned towards posthumanism?

I think I am starting to find transhumanism more interesting than posthumanism. I loved the idea of being a queer person of colour and wonder how you would be able to change yourself without institutional subconscious bias leading that change. It feels like more of an experiment in how far our imagination can go. Rather than escaping from yourself and self-hate, confirming your true self through technology. I think there is something very empowering about that. But at the same time, I guess the idea of posthumanism is also wonderful because there is no self. There is something beyond us, and what would our world mean without us, without its purpose? It's always comforting for me to think about nothingness.

But let’s change the topic, Let’s talk about your writing and the Out-Spoken Anthology NASCENT. How did the project come to be and how did you get involved?

Anthony told me they are putting together an anthology of young writers who are off-beat and less visible. I was just really happy to be approached for the strangeness of my texts, I felt seen. It was also great coming across all these other artists who I hadn’t met before. And I guess the anthology formed a little community in itself.

What was striking about this project to you?

I think as a group we all have quite experimental styles so it was great to be amongst such great company. There's another Cypriot writer, Maria-Sophia Christodoulou who has been included which I think is radical: we're two Cypriots from different parts of the island featured in the same publication. There is an emotional resonance for me to notice the ways that our experiences are echoing each other. It feels to me like a poetic navigation of this kinship as Cypriots and at the same time a space to convey the very essential individuality between being Turkish Cypriot and being Greek Cypriot. I also love the idea of putting together writers but not editing their work. It felt more like an old school pamphlet that we dropped so you reach the reader faster. I think that is really exciting and I hope to see more from Out-Spoken in that area.

You were also part of the London Writers Award programme, what was the experience like?

It’s really changed my life. Spread the Word essentially put together a community of writers that were aiming to finish or near-complete their novels at the end of this year-long process. So it was through this programme I finished my book, I meet every two weeks with a group of writers who are excellent in giving feedback and I can’t imagine writing long-form without them anymore. But the programme also helps supports writers who experience barriers to their development, so if you're low income you get a bursary etc. I really appreciate programs that consider class and other developmental barriers like this. Yeah, Spread the Word are really wonderful, I recommend them or other regional literature development agencies like the National Centre for Writing or New Writing North to any writer wanting extra support. If you're in the UK you have a few different options. And they help you with developing your work, reviewing and telling you about workshops they put on, stuff like that. It's really practical advice.

So you finished your novel? Let’s make this the last topic, tell me about your forthcoming debut novel? Does it marry the two loves of AI and writing?

AI is, I suppose, not such a strong part in it, but technology is a lasting theme. My novel speaks to the fragmentation of what a rapidly changing London feels like. I wrote it looking at the Turkish heroin trade in the late 90s in North London and its impact on people we might normally not think about when writing about that topic, like the women, the mothers, the children who were the witnesses. And also just poking fun at the academics involved as well and the crime genre with its planning montages and filmic blunders. It is exciting, the book is off to publishers now. It turned out to be a very experimental piece of fiction, and enjoyably so.