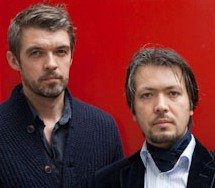 I've known about the wonderful work the Poetry Translation Centre does for years, and when they asked me to help translate Reza's poems, I was very keen to give it a go. Before I was asked to work with Reza, my experience of translating was very limited indeed. When I lived for a couple of years in Rome I tried to do versions of a few poems by Montale and Valerio Magrelli, but only to try to help my Italian, and the results were fairly ugly, shapeless, makeshift things. Also, since they were for my eyes only, I had no restrictions on what I could or couldn't do, deviating where I felt it necessary or adding a detail or three. I realized with Reza's work that it was going to be a very different enterprise: I knew no Dari, and very little about Persian culture.

The project took a while to get going as the PTC had some difficulty appointing an intermediary for Reza and I to work with, but finally the very helpful Hamid Kabir was found. He would send me his literal translations and I would email back asking general (and no doubt ludicrous) questions about Dari, its poetic forms and styles, and specific questions relating to meanings and ambiguities in Reza's poems. Then I started tinkering with the literal versions and trying to come up with poems. These early efforts were pretty much a disaster and had to be scrapped. I tend to work through many drafts when I write my own poems, and usually end up a long way off from where I start. I was allowing myself the same latitude with the translations, which wouldn't do at all, and I realized I'd have to start again from scratch.

When I was in London for a few days I arranged to visit Hamid and Reza at the travel agency they both work at in Southall. The agency's like an iceberg, with only a tiny proportion of it above the surface, and on the third or fourth level below I found Hamid and Reza in a back office. Over green tea, we went through a few more questions, with Hamid translating my English for Reza, and then Reza's answers for me. I was never convinced I was fully ‘getting' the poetry - but it became slightly easier to live with that mystification when I asked Reza to read a poem or two, in Dari, there in the office.

It was, initially, mildly awkward, but that soon faded as Reza got going. He's a great reader of his work, and it turned out it was deeply beneficial to the whole process to hear how he read. Once he began speaking, I realized I could learn a great deal just from the tone in which he read. It was almost irrelevant that I couldn't understand a word he was saying. I got the tone, the style, the import. He read in this unembarrassed, enthralled, rather grand voice, and if that was how the poet read them, that was also how they were written. Reza reads like he's a channel for something greater than himself, and I realized that rather than trying to tame or domesticate his poems into western ideas of order or neatness, I should just try to present them in a language that did its best to allow their strength and power to come through. I aimed to keep the strangeness in them that I experienced on encountering them, and decided to worry less about technique and more about voice.

This is all very abstract so here's a quick example of the kind of thing I mean. What follows below is the first fourteen lines of the literal translation of the first poem in the chapbook - and one of Reza's most celebrated poems - 'Drawing':

There was a voice, from the thirsty lips
That drew me out of my body
There was a voice
That embraced me like somebody
It became a torturing horse dragging my soul
Over unkind rocks and stones

I don't know why
This voice this creator
Right from the onset
Drew me a stranger, a tramp?

Divided me in two, then it drew you out of me
Then it drew me afar from you
A door of death it drew between us
It drew me nailed outside the door

I attempted to stick as closely as possible to the original, while trying to remove stylistic infelicities like the mixed metaphor of 'the voice embracing me', and awkward chimes like that 'like somebody', or the slightly odd 'torturing horse' and 'unkind rocks'. I tried to add a bit of non-obtrusive shape to the piece, a bit of rhythm, and played with sound effects - the 'coursed' getting picked up by the 'horse' and the 'rocks', the body' picked up by the 'scree' etc. I tried to remove some of the repetitions, and again add in some sound effects with 'unroofed', 'fool', 'two', 'you' and the repeating 'drew'. My version ran:

There was a voice and it coursed
from a pair of parched lips,
drawing me out of my body.

The voice was despotic, uncurbed
as a horse dragging my soul
across rocks and up scree.

I don't know why the voice,
the maker, drew me as unroofed,
as a vagrant, a fool,

or why it split me in two
and then drew me from you,
sliding the earth in between us.

I can't judge how the finished translations stand as poems in English, and t would need a bi-lingual reader to judge their fitness against the original, but after having toured with Reza for a week around Britain, and read my versions out, I still experience an odd frisson when I read the work, which is both mine and emphatically not. He's a rare and fine poet, Reza, and it's been a weird pleasure to work on his poems, like opening your mouth and finding someone else's voice coming out.