These poems exist in dialogue with their multiple selves 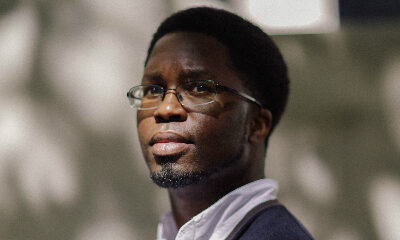 I have been translated. My poems have been rendered in French and even Latvian, but I’ve not yet taken up the challenge of translating someone else’s work. I have no particular drivers that would push me toward the task— a smattering of French and Spanish, and perhaps the better part of a lifetime spent reading and engaging with poetry, but nothing more. And yet, while browsing some of the poems featured on the Poetry Translation Centre’s site, I’m fascinated by the mechanics of the process, the possibilities.

I land, randomly, on Oscar Cruz’s ‘The Good Doll’, initially drawn by the mysterious cropping of his portrait image that reduces him to a mouth, a beard and wide khaki lapels. The final translation of the poem comes first, and I read a line or two before I see other options. Original poem. Literal translation. I click away to the Spanish, keen to unseat myself. I want to be driven in the other direction. The unfamiliar tongue first; then, the desire to decipher, to pursue meaning.

Reading the original poem, I attempt to translate for myself, and the little command of Spanish I have fails me disappointingly quickly. But I live with it for a moment— playing the text equivalent of Sudoku: if I can determine the meaning of this or the other word, perhaps I can auger the meaning of an unfamiliar word, or even the trajectory of the sentence.

It’s a stimulating but ultimately frustrated exercise, save for a few phrases that I’m hooked by. “vacío de lenguaje”— vacant of language? “golpea mi cabeza”— I know cabeza is “head” but golpea? I’m intrigued. I also wonder how the musicality of this writing might sound when voiced (as I write this, there’s no recording of the poem available); I read the first stanza aloud and falter too much to gain any true sense of it, but seeing the proliferation of “v”, “m” and “n” sounds, I imagine something there.

I move on to the literal translation greedily. Here is the emergence of meaning. Here, too, is a beautiful weirding of language: a not-quite English, a something-between, a midway step while tuning an old FM stereo receiver, the solid ghost of a tangible yet not quite decipherable image while locking in on a television signal. We are pattern-making, sense-making creatures, we readers, and this half-way stop suggests possibilities, deliciously. The atrocious smile and the look hole? I am still intrigued.

The final translation pins the poem down, yes, but the poem is still alive, if wreathed in a different flesh. This doll that takes a beating and rights itself regardless, incapable of speaking out or speaking back; how the doll becomes an avatar of resilience and silent rebellion, even while remaining a victim of the violence it survives; how the voice of the poem takes on its sinister aspect at the end…

The poem exists in dialogue with its multiple selves. And there’s more to explore— how the poem comes into parallel life alongside itself through the lens of translation. But this, surely, is the joy of such work.

Jacob Sam-La Rose’s poetry has been characterised as vivid, masterly and carefully structured. His collection ‘Breaking Silence’ was shortlisted for both a Forward Poetry prize and the Aldeburgh Fenton award, and is a set text for the OCR English Language and Literature A Level (EMC). He is widely recognised as an indefatigable facilitator, mentor and supporter of young and emerging poets. He lives in London, England.