‘There is a Sudanese Culture’ 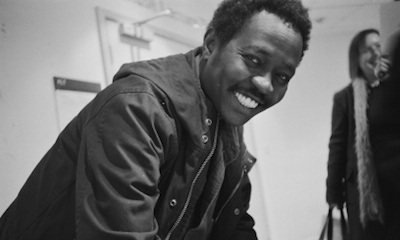 The Sudanese poet Al-Saddiq Al-Raddi is worried about the direction our conversation is taking. He shakes his head and speaks to our interpreter. "It's heading too much towards the political side and I'm not really an expert," he says. "The cultural side is a lot more important."

He's trying to explain how his generation of poets in Sudan have grappled with the country's dual identity - its unique position as part of the Arab world and part of Africa. He's at the centre of a web of multiple identities, a complexity he feels is never reflected whenever Sudan's troubled political situation is discussed.

"In Sudan, Arabic, Islamic and African cultures do not exist in isolation," he says, but politics tends to reduce such nuances to bald oppositions.

He's launching a translation project to build bridges between Sudanese writers working in Arabic, English and the 300 African languages spoken in Sudan, such as Hausa and Dinka.

Sarah Maguire, a poet herself and the director of the Poetry Translation Centre at London's School of Oriental and African Studies, sees Al-Raddi's work as an "assertion of his African identity", an assertion which she says is a direct response to policies introduced by president Omar al-Bashir since he seized power in a military coup.

"The whole thrust of Bashir's regime ever since it came to power in 1989 has been to impose an Islamic-Arabist agenda on the whole of Sudan," she explains.

Over the past 17 years this project has shaped the cultural climate for Al-Raddi's generation. "In order to disrupt this conformity of Arabic and Islamic identity which is being forced onto them, they are turning to their own heritage and asserting that," she says. Al-Raddi's work "as a poet is part of that assertion of his African identity, through trying to make connections, particularly with people in the south who come from different ethnic and linguistic backgrounds."

His poetic voice is very unusual in contemporary Arabic poetry, she says. "There's a problem with a lot of poets writing in Arabic," she continues. "A lot of it is full of bombast and self-aggrandisement and showing off." She finds a "modesty about where [Al-Raddi] positions himself in relation to the world", a "sense of having a wider perspective on things".

His friend and colleague, the Sudanese poet Afeif Ismail, describes Al-Raddi as one of the best known poets in Sudan, Africa and the Arab world, whose work is a "mystery waiting to be solved".

"His poetry shows a great love of the beauty of African nature," says Ismail, and shows "great skill in enlivening classical Arabic vocabulary with modern idioms. Only when you have observed his many clever, tiny brush-strokes does the whole picture emerge."

It's a body of work shaped by a remarkable process of composition, a way of working which Al-Raddi says is "entirely internal". He begins with an image, a "single word" or sometimes a pattern of words that "creates a certain rhythm" and then works on it in his head.

"Whatever I do in my everyday life it's always there," he explains. "Sometimes working on a single poem could take a few months, just churning, working on it almost line by line - always, non-stop. After that, once the poem is completed in my mind, I write it down."

Al-Raddi has been publishing poetry since he was 15, when his poem The Wind was published in the literary journal Al-Sahwa. Born in 1969, he grew up in Omdurman, Khartoum, where he still lives. According to Ismail his "exceptional talent" was recognised in his early days at school, and he even owes the name Al-Raddi to the famous Arabic poet Ali-Shreif Al-Raddi.

Since 1993 he has worked as a journalist covering culture and the arts, and was recently appointed cultural editor of the left-wing daily newspaper Al Sudani. He spends much of his time looking for artists working below the radar.

"Just like in many other Arab countries, intellectuals in Sudan are under pressure from the state and from censorship," he says. Those doing "strong, genuine, radical, vital" work are "always to be found away from any sort of visibility, since the state controls the cultural establishments".

At the moment the visual arts are particularly strong in Sudan, particularly painting. Artists "have more freedom", partly because it's "more difficult to say what a painting is about".

"It must be understood that not all the problems are state-related," continues Al-Raddi. "Part of the problem is the lack of proper cultural institutions." Paintings also don't need translation, helping painters to "tap into networks which already exist within the Arab world".

It's because of the lack of established cultural institutions that when it comes to literature, "poetry has the loudest voice".

"For example when it comes to the short story or the novel you need a good literary magazine," he says, whereas with poetry "you could deliver it orally" - possibility which Al-Raddi has spent the last 17 years putting into practice.

"In the beginning I published poems in newspapers and magazines," he says. "But after the coup in 1989 publishing was not so easy, so myself and other poets would deliver the work orally - on the spot - all over Sudan."

The recitals would often just begin, unheralded, in the street. "Sometimes we wouldn't take any papers," he explains. "This was a way of moving outside the state's control," he continues. "Sudan is a huge country."

They would arrive in university lecture halls and fill them to bursting point, drawing huge audiences from all walks of life. "Sometimes 3 or 4,000 people would come," he says. "Occasionally it was hard - especially when there were political crises - but if I was stopped then others in other places would be able to continue."

I ask what it is about his poetry that makes it so difficult for the regime to tolerate - and we're back to politics again. He's uncomfortable with the focus the western media have placed on the time he has spent in prison, and on the censorship of his work.

He wants to distance himself from writers who have used political confrontation as a tactic to raise their profile. "There are poets all over the Arab world, in Sudan, and in the west as well, of a lower calibre whose work has broken the three taboos - God, sex and politics - and they have gained prominence because of that," he says, though the subject is so sensitive he is unwilling to give any examples.

And he doesn't want to talk about the political situation - the civil war which has been waged intermittently for the last 50 years and the ongoing conflict in Darfur - which he feels is already "out there". He's found that western audiences are keen to "get to know about the other side of Sudan, away from wars and famines" and other "images of strife".

He's "very happy" to have the chance to perform his poetry alongside Sarah Maguire at readings in London and Brighton. He hopes that British audiences will relish the chance to find out about a side of Sudan little covered in the western media, and is looking forward to the performances. "When I have a live audience [in front of me] I renew my experience of the poem," he says.

· Al-Saddiq Al-Raddi appears with Sarah Maguire at the Jubilee Library in Brighton on October 17. For more information ring 01273 294071 or visit http://www.thewordproject.info/.