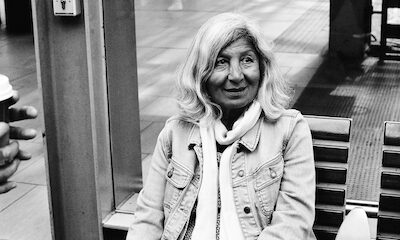 My first reaction on receiving Choman Hardi's literal translations of Kajal Ahmed's poems was how good they were, and how little I would seemingly have to do! I think it helped enormously that Choman is such a good poet herself and, in these first versions, had already caught much of the rhythm and tone of Kajal's work. The sweetness and simplicity of the voice, the political and personal passion, the directness and immediacy of the address, were qualities that struck me most, and which I decided were the most important to preserve. I also liked Kajal's sense of humour and the fable-like quality of the poems, evoking so clearly her cultural heritage. In my translations, I also wanted to preserve some sense of the Kurdish language, while helping the poems to sit naturally in English. In considering the strengths and weaknesses of my own voice, I thought that the biggest danger for me might be in losing some of the simplicity that Choman had achieved so gracefully and, to this end, decided to stick as closely as possible to these first versions.

Choman and I met twice during the translating process, and exchanged emails. At our first meeting, we chose most of the poems that I would work on from the large selection she had provided. I very much preferred Kajal's shorter poems and therefore included all of these, as well as one longer poem, extracts from another long poem and some sequences. At our first meeting, Choman elucidated points of meaning and ambiguity arising from my initial reading of the poems, and on our second meeting, which proved very fruitful, clarified points that had arisen during the process of working on my initial drafts. Choman would often translate from the Kurdish into Farsi for me and I found that this was more helpful in capturing the precise tone and colour of a phrase or line, than when she translated into English. I also recognised some words or phrases that were the same or similar in Farsi, and these provided useful touchstones when I felt in danger of wandering too far from the original. Choman also provided a taped recording - wonderfully musical and precisely cadenced - and our later attendance at the Translation Centre workshop was extremely helpful too, especially since the workshop group made valuable suggestions in response to my various quandaries over particular lines.

The main challenges I found in translating Kajal (as well as my own inexperience) were as follows:

1. I found sometimes that the syntax, in its preponderance of short declarative sentences, without linking words or subsidiary clauses, produced a somewhat plodding effect in English. In places, I was able to ease this effect by extending or contracting the syntactical structures, although I was aware of the risk of losing the directness and simplicity.

2. I also felt that, partly because of the lack of punctuation creating an over-dependence on the linebreak to act as a syntactical marker, the lineation, in its lack of enjambment and high coincidence of linebreak and sensebreak, produced either wooden or ragged effects and did not convey the musicality of Kajal's voice. In view of this, I decided not to remain overly faithful to the lineation, to use enjambment with discretion but where I thought beneficial, and to use punctuation in a prose style consistently throughout. In one instance, I used triplets to highlight the assonance anchoring the end of verses (in ‘Rain'), and in another, used indents where there were none in the original (in ‘The Lonely Earth'). Generally, the ‘liberties' I took were more formal, than textual.

3. Occasionally, the lack of punctuation also created an ambiguity of meaning where lines could refer both backwards and forwards.

4. In the longer poems in particular there were startling shifts of diction and register. In ‘Stone is Better', compare the simplicity of (in Choman's literal translation):
Its wisdom, like the hair ribbons of primary school students,
is simple and lovely

with the high rhetoric of
I wish I had been the descendant of a watering being
that is brimming with life.
I am also in awe of an airy existence
which is as moody as it can be.
I am mad for a fiery being
like all the prayer places that are forever Zoroastrian.

(These last lines gave me more trouble than any others in all the poems. Comments from the workshop group really helped and (although I am still not happy with them) they ended up as
..... I wish I had been born
from a watering being, brimming with life.
Or from an airy substance, ever-changeable
and moody. Or descended from a living fire,
like all temples that are forever Zoroastrian.)

5. Some of Kajal's metaphors translated literally seem either melodramatic or just wierd in English, eg. ‘the igniter of lightning', the radio of thunder', ‘the eraser of dryness's notebook', ‘the revitaliser of the world' (in ‘Rain'). In some cases, I tried to lighten such metaphors by using similes instead or, in the case of extended metaphors (and how lovely to come across them, so rarely used now in English poetry), to make sure that the logic of both tenor and vehicle was sustained throughout (as in ‘Birds'); à propos of this, I loved Choman's frustrated exclamation in the workshop: "Why is English so logical?"

Despite the many challenges, or because of them, I have really enjoyed this opportunity to work with Choman on Kajal's poetry, to engage with another language (so near to my mother tongue), and to broaden my horizons while trying to imagine what horizons might mean to a Kurdish poet, without a homeland to delineate them. The differences in our poetries is remarkable, but poetry speaks across them and it is so humbling to see the courage that poets such as Kajal display under such impossible circumstances; as Louise Glück says, women poets must have the courage not always to affirm life!