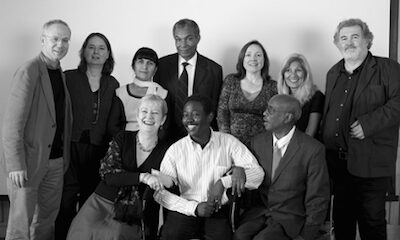 Six leading international poets will visit the UK to take part in a series of country-wide readings and community events. In a unique collaboration, their poems have been translated by distinguished UK poets working closely with translators. The UK poets will also participate in these events, reading their translations alongside the original poems.

The 2008 tour will visit Bristol, Manchester, Lancaster, Liverpool, Ilkley, Cardiff, Birmingham, Canterbury, Grasmere, Edinburgh and the British Library, London. Dual-language chapbooks of the poets’ work and new translations, published by Enitharmon Press, will be on sale during the tour.

To kick things off, though, Sarah Maguire and W.N. Herbert will be appearing at the Bristol Poetry Festival on Sunday 7th September. They will be talking about their experiences of translating the Arabic poems of Al-Saddiq Al-Raddi and the Somali poetry of Maxamed Xaashi Dhamac ('Gaarriye').

Watch this blog for an account of how it went and for regular reports from the tour as it progresses.