Part of: Anar Tour 2021 Anar Tour: The Activity Centre for the Tamil Language 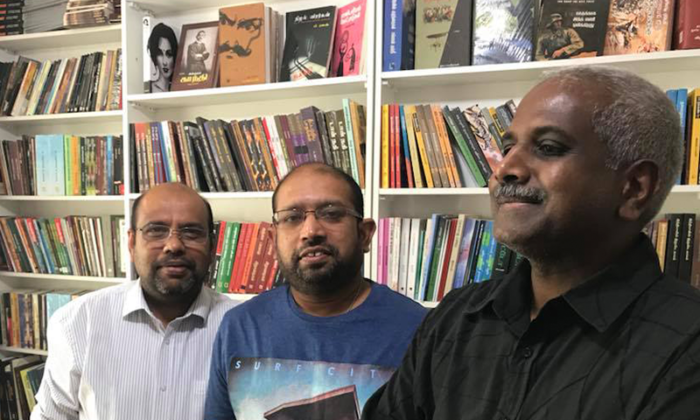 Join Anar and her translator Hari Rajaledchumy for poetry readings in Tamil and English, and discussions about the themes of Anar’s work, Tamil literature and the process of translating her poetry. with the leader of the Activity Centre for the Tamil Language, Fauzer Mahroof.

Anar (Issath Rehana Mohammed Azeem) is a distinguished voice in the Sri Lankan Tamil poetry scene with five critically acclaimed collections to her name. She has been contributing her poems and articles to literary magazines and national media since the early 90s. Several of her poems have been translated into English and have appeared in anthologies and journals.

Her books have won several awards, most notably the Government of Sri Lanka’s National Literature Award, the Tamil Literary Garden’s Poetry Award (Canada), the Aaathmanam Award (India), the SPARROW Award (India), and the Vijay Award for Excellence in the Field of Literature (India).

Hari Rajaledchumy is an artist/writer currently based in London. Her recent writings have appeared in Manalveedu (India) and Aaakkaddi (France). She worked as a translator on Kim Longinotto’s 2013 documentary film Salma, based on the life and works of the Indian Tamil poet. In 2021, she co-curated the inaugural edition of the QCSL study programme that strengthens queer cultural production within Sri Lanka.

Fauzer Mahroof is the head of the Activity Centre for the Tamil Language, a London-based arts and culture non-profit working with global Tamil language communities to celebrate and share their culture.