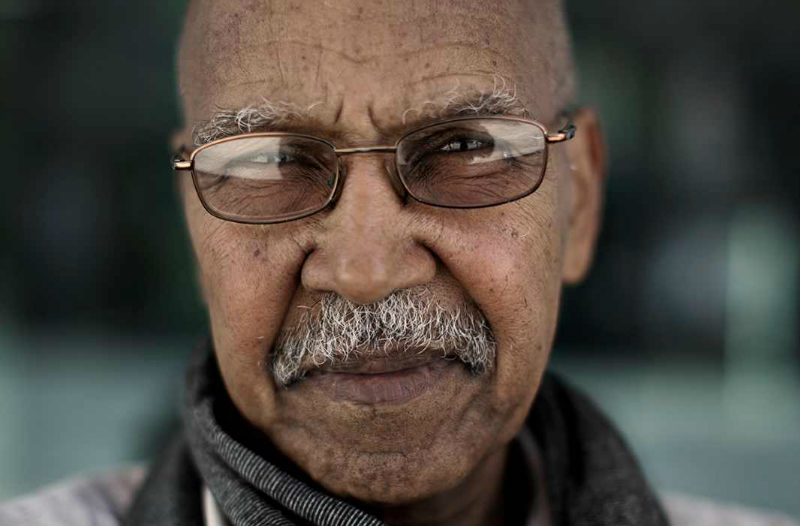 Somali culture has two lives. It lives both in the Somali language and in translation. It comes from Somali people writing in many different languages and making connections between Somali culture and the wider world.

From the launch of the Somali translation of From a Crooked Rib by Nuruddin Farah to performances by Somali poets, both from the Somali territories and living in the UK, this event will showcase the literary work of Somali artists and the translators who have brought their work to a larger audience.

This event is the result of a partnership between Africa Writes (the Royal African Society’s literature and book festival), Poetry Translation Centre (PTC) and Somali Week Festival.

Panel 1: Book launch and in conversation with Nuruddin Farah and Abdisalam Hereri

From a Crooked Rib by Nuruddin Fara hwas first published in 1970. It tells a coming of age story about a young nomad woman escaping an arranged marriage. Farah wrote the book in English while studying in India. After the novel was published in Europe,Nuruddin Farah quickly gained international acclaim, but his work was never available in Somali.

During a book tour in Europe during the 1970’s Farah was warned that Somali authorities planned to arrest him. Since then he has lived abroad, writing many more novels in English and becoming a leading figure in Somali Studies. After 46 years, From a Crooked Rib has now been translated into Somali by a renowned TV and radio producer, Abdisalam Hereri.

Abdisalam Ibrahim Mohamed, also known as Abdisalam Hereri is a senior Somali journalist currently based in London and Hargeisa. He is very well known by the Somali people. Abdisalam used to work for the BBC, Somali service in London for 17 years and he also worked with VOA, Somali service both in Washington DC and London. He is now working with Universal Somali TV as a senior editor. He translated into Somali, Crooked Rib, the first novel by the International Somali Novelist, Nurrudin Farah.

Somali Week Festival is proud to celebrate this achievement by inviting Nuruddin Farah &Abdisalam Hereri to launch the Somali translation ofFrom a Crooked Rib at the festival.

Poet Mahamed Mahamud Yasiin “Dheeg” who lives and works in Somaliland will launch his newly translated poems. The English versions have been prepared by Maxamed Hassan ‘Alto’ and English poet Bill Herbert thanks to our collaboration with the Poetry Translation Centre. Alto, a Somali translator and journalist and Bill have worked on many translations of Somali poets together, including poems by Hadraawi and Garriye.

They will perform alongside CaashaLul Mohamad Yusuf and Clare Pollard. Caasha grew up in Somalia but has lived in the UK since 1990. She is fast emerging as one of the most exciting young poets living in the Somali diaspora. Caasha, Clare, and Alto have worked together for years translating Caasha’s poems from Somali into English and their collaboration continues.

These poets will be joined by Elmi Ali, a British born Somali writer, and spoken-word artist based in the North-West of England. He has performed his work in the Power House Library in Mosside and at the British Library, as part of the Africa Writes festival. He has been published in Sable15 and Critical Muslim.