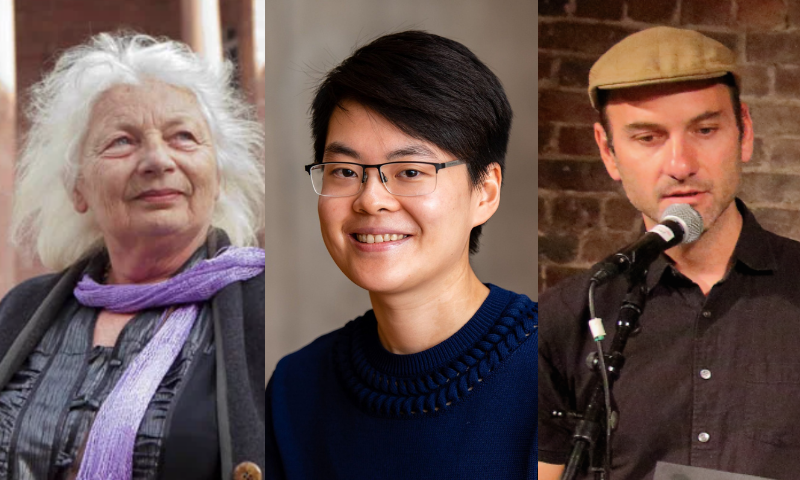 Diana has been described as the 'godmother of feminist / LGBTQI+ / Lesbian poetry' in Argentina and is one of that country's leading writers. She is currently on a tour of the UK with her translator, Leo Boix, to share work from her book To Love a Woman / Amar a una mujer. Poet Dr Mary Jean Chan has written an Afterword to the book and will be hosting this event.

Diana Bellessi is a poet from the province of Santa Fé in Argentina. Born in 1946, she has become one of the foremost voices in Latin America, her many awards include: 1993 Guggenheim Fellowship in poetry, 1996 Antorchas Foundation fellowship, 2004 Premio Konex, Merit Award, 2007 Fondo Nacional de las Artes, lifetime award in poetry. She is considered to be the godmother of feminist / LGBTQI+ / Lesbian poetry in Argentina and her work demonstrates a deep commitment to progressive politicals, ecological conservation and the social condition of the working class in Argentina and Latin America. Her poetry is seen as groundbreaking for its depiction of Lesbian desire and has exerted a strong influence on prominent poets and writers from the 80s and 90s through to the present day.

Leo Boix is a Latino British poet, translator and journalist based in the UK. He has published two collections in Spanish, Un lugarpropio (2015) and Mar de noche (2017), and was included in many anthologies, such as Ten: Poets of the New Generation (Bloodaxe) and Why Poetry? (Verve Poetry Press). His English poems have appeared in Poetry, The Poetry Review, Modern Poetry in Translation, PNReview, The Rialto, Litro, Magma, Brittle Star, Letras Libres, South Bank Poetry, The Morning Star, The Laurel Review and elsewhere. Boix is a fellow of The Complete Works Program and co-director of ‘Invisible Presence’, a scheme to nurture new young voices of Latino poets in the UK.