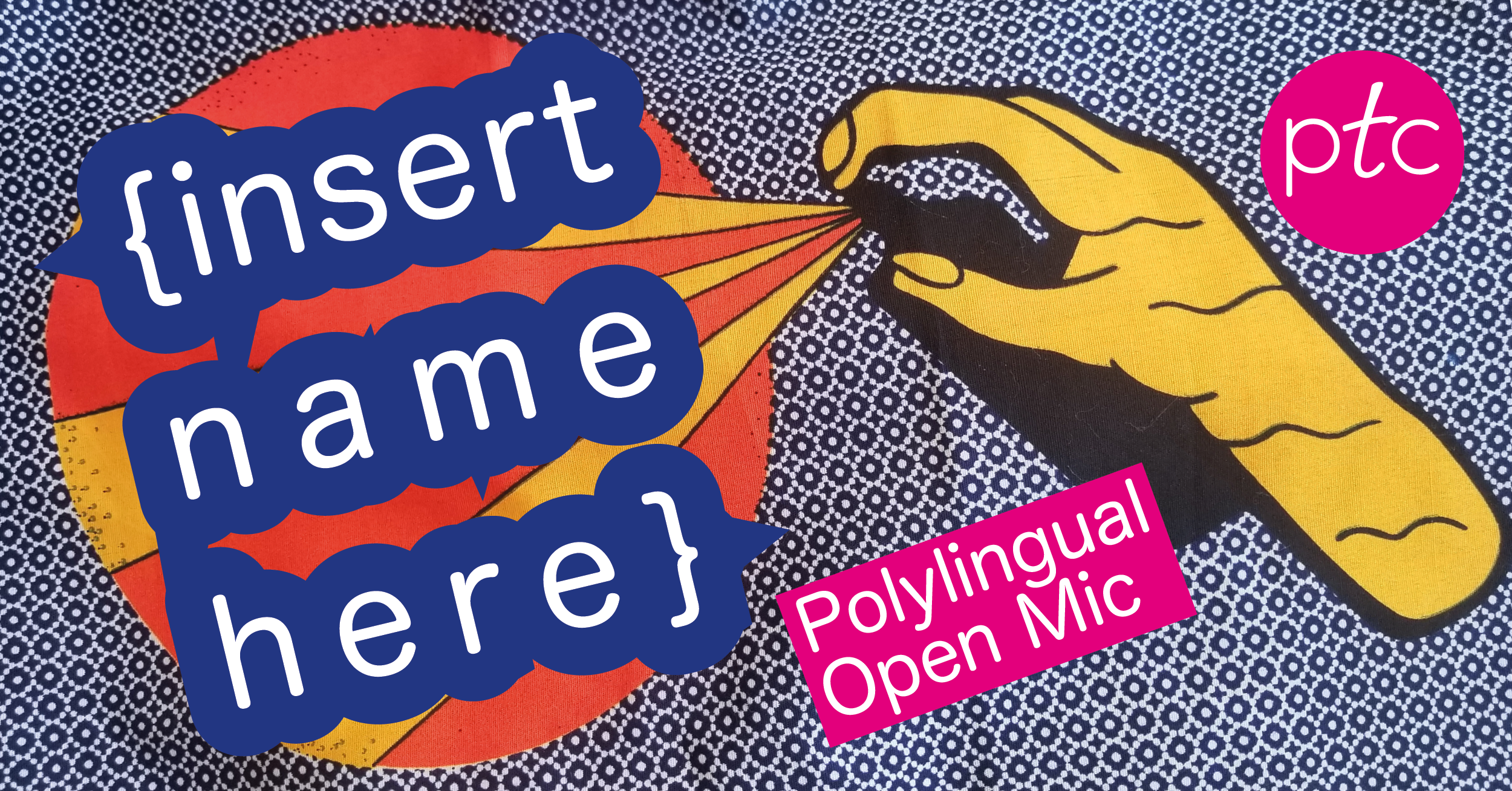 Poetry and spoken word performances in more than one language celebrating linguistic diversity and living in translation. Do speak one language at home and another out in the world? Do you live between cultures and languages? This event is all about that.

The night will be MCed by the poet and writer Yomi Ṣode and feature poems on many topics in many styles from emerging poets around the UK including Tice Cin, Rupinder Kaur, Patrizia Longhitano, Kaozara Okikiola Oyalowo and more.

What's with the title again?

At the end of the night of readings, the audience will get to vote and name the PTC's Youth Programme.  That’s why its called Insert Name Here. We are gathering potential titles now and we will run them off against each other on the night.

Yomi Sode is a writer and poet born in Born in Oyo State Nigeria. He has been performing for the past 10 years, balances the fine line between both Nigerian and British cultures, which can be, at times, humorous, loving, self-reflective and uncomfortable. In 2012 Yomi founded BoxedIN, a quickfire, free Poetry night at Boxpark in Shoreditch.

In 2014 he won a place on Nimble Fish’s RE: Play programme to begin developing his one-man show COAT, which opened to sold-out shows at The Roundhouse in 2017 and has gone on to tour internationally. He facilitated workshops in schools as well as read at various poetry spaces, a UN humanitarian conference and the New York Public Library.

The Poetry Translation Centre has been translating poetry from Asia, Africa and Latin America and working with diaspora communities for 16 Years. More recently we have developed a stand of activity aimed at young people from 16 to 26 years old. We have a particular interest in working with young people from mixed heritage backgrounds, to create events, workshops and multidisciplinary projects that look at issues around poetry, translation and living between cultures.