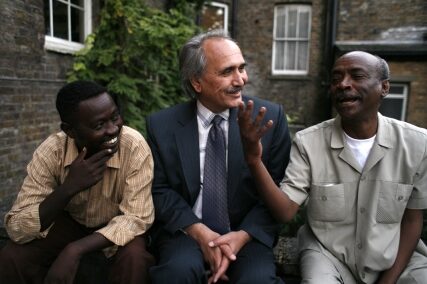 They were all invited round to Sarah Maguire's house in west London for an informal gathering before the tour kicked off. The poets, Sarah Maguire and Tom Boll of the PTC, were joined by David Harsent, Maxamed Xasan 'Alto' and Martin Orwin, Gaarriye's translators; Yama Yari, who translated Partaw Naderi; Hafiz Kheir, Saddiq's translator; the journalist Kevin Rushby, who wrote an article for The Guardian, 'Unbroken Chain' and photographer Crispin Hughes.

It was an extraordinary afternoon, the best possible inauguration of the international events that were to come.