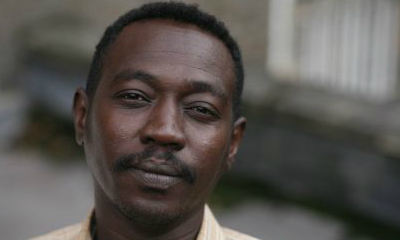 Celebrated British poet and multi-disciplinary artist Malika Booker returns to Shubbak to welcome four mesmerising poets for bilingual performances of their work. Join us for a celebration of the work of this diverse group of poets keeping the fragile flame of poetry alive in 2017.

Iraqi-American Dunya Mikhail is the author of The Iraqi Nights, Diary of A Wave Outside the Sea and The War Works Hard. Her honours include the Kresge Fellowship, the Arab American Book Award and the United Nations Human Rights Award for Freedom of Writing.

Golan Haji is a Syrian Kurdish poet and translator who now lives in Paris. His latest poetry collection, Scale of Injury, was published in Arabic by Al-Mutawassit, Milan, in 2016. His most recent translation into Arabic is Alberto Manguel’s News From A Foreign Country Came (Dar al-Saqi, Beirut, 2017). He will be premiering exclusive new work created for Shubbak.

Mona Kareem is a poet-writer-translator based in New York. She is the author of three poetry collections, some of which have been translated into numerous languages. Her published translations include Palestinian Saudi poet Ashraf Fayadh's Instructions Within and an Arabic selection of Alejandra Pizarnik's poems.

Sudanese poet Al-Saddiq Al-Raddi is one of the most acclaimed African poets writing in Arabic today. He has published two collections in English translation with the Poetry Translation Centre and was shortlisted for the Ted Hughes Award in 2015. He lives in the UK.

Presented by Shubbak Festival in association with the British Library with support from: The A. M. Qattan Foundation; Arab Fund for Arts and Culture – AFAC; British Council; International Prize for Arabic Fiction; Al Mawred Al Thaqafy; The British Institute for the Study of Iraq; and Institut français du Royaume-Uni.

Enjoy food and drink purchased from the Knowledge Centre Bar from 18.00 and after the event until the Bar closes at 22.00.