Part of: Hadraawi Tour Autumn 2013 London Book Launch for Hadraawi, The Poet and the Man 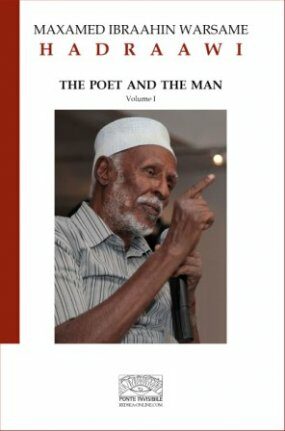 The highlight of this year's Somali Week Festival was the launch of Hadraawi: The Poet and the Man. On this very special occasion, Hadraawi read his poems alongside his translator, W N Herbert for the first time in the UK. The atmosphere was electric and everyone was particularly moved and impressed by Bill Herbert's passionate reading of his brilliant translations.

The PTC is deeply honoured to be co-publishers, alongside Redsea Cultural Foundation and Kayd Somali Arts & Culture, of the first ever dual-language selection of poems by the greatest living Somali poet, Maxamed Ibraahin Warsame 'Hadraawi'.