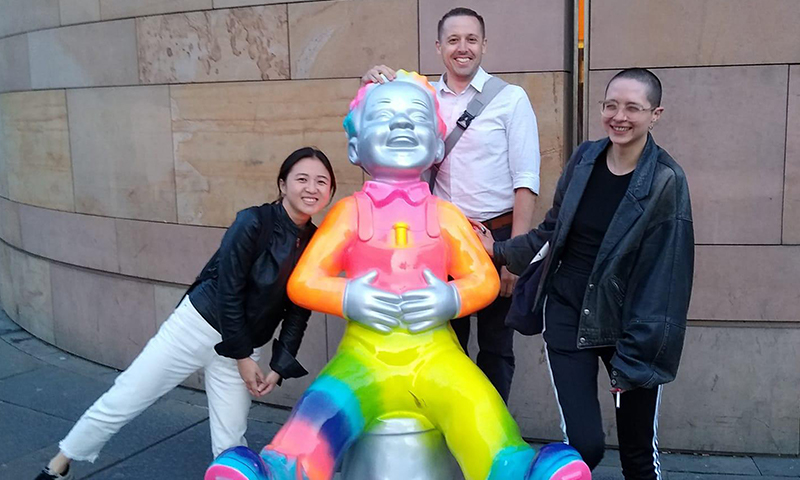 Her translator Dave Haysom describes Yu Yoyo’s poetry as existing 'in a place of darkness punctuated by gleams of moonlight and the burning tips of cigarettes. A place where nature is violent: mountains ravenous, sunsets suicidal, waters hostile. Where human presences remain indistinct, sometimes reduced to a role (mother, father, lover) or a selection of disassembled body parts'.

Yu Yoyo finishes up her UK tour with a poetry reading in a brewery. This makes perfect sense, as the tour started with a Whiskey tasting. This is your final chance to see this daring young Chinese poet, who has been said to define her generation with her feminist poetry delivered with the bluntness and humour of lightning fast internet back and forth.

Yu Yoyo’s poetry has a lithe, darting brilliance, her language does not waste time bedding itself in, or explaining itself to you; but simply jumps from arresting idea to arresting idea with electrifying intent. It is in this caustic, sharp movement that Yu forms her poetics, one which is crucially and importantly a poetics of youth.

AK Blakemore is the author of two full-length collections: Humbert Summer (Eyewear, 2015) and Fondue (Offord Road Books, 2018). Her work has been appeared in magazines and journals including Poetry London, Ambit and Magma. She won the Lebury Forte 2019 prize, and was a winner of Foyle Young Poets of the Year Award 2007 and 2008.

Dave Haysom is a literary translator and editor who has been living in Beijing since 2007. In 2014 he became joint managing editor of Pathlight, a quarterly journal of Chinese literature in translation, and in 2015 he helped launch “Read Paper Republic”, a year-long initiative to publish one translation online every week.

Plus (Maybe) more poets to be announced!