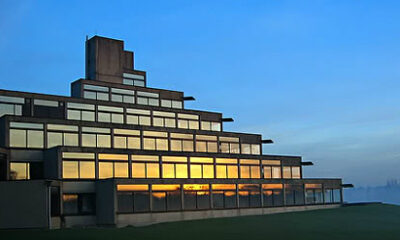 Award-winning British poet Jean Sprackland and translator Natalia Bukia-Peters have just collaborated on a set of new English translations of poems by the acclaimed Georgian poet Diana Anphimiadi. Join all three for a wide-ranging conversation about the translation process - the challenges, joys and unexpected discoveries of 'meeting on the page'.

This event is open to all; students of creative writing as well as translation are particularly welcome.

This event is free but you will need to register by emailing bclt@uea.ac.uk

Presented in partnership with British Centre for Literary Translation at the University of East Anglia.

Diana Anphimiadi is a poet, publicist, linguist and teacher. Currently, a doctoral student at the linguistic institute at the Tbilisi Javahkishvili University, Diana has published four collections of poetry, Shokoladi (Chocolate 2008), Konspecturi Mitologia (Resumé of Mythology, 2009) and Kulinaria (Personal Cuisine, 2013). Her poetry has received prestigious awards, including first prize in the 2008 Tsero (Crane Award) and, in 2009, the Saba Prize for the best first collection.

Jean Sprackland’s most recent collection, Sleeping Keys, was published in 2013, and Tilt won the
Costa Poetry Award in 2007. She is also the author of Strands, the winner of the Portico Prize for Non
Fiction. Jean is Professor of Creative Writing at Manchester Metropolitan University, and Chair of the Poetry Archive.

Natalia Bukia-Peters is a freelance translator, interpreter and teacher of Georgian and Russian. Her publications in collaboration with writer Victoria Field include short fiction (Sex for Fridge by Zurab Lezhava and It’s Me by Ekaterina Togonidze in Dalkey Archive’s Best European Fiction anthologies, 2011 and 2014 respectively) and two collections of poetry by Dato Magradze, Giacomo Ponti, 2012, and Footprints on Water, 2015, both with fal. Their most recent book is an anthology, A House with no Doors – Ten Georgian Women Poets (Francis Boutle, 2016).