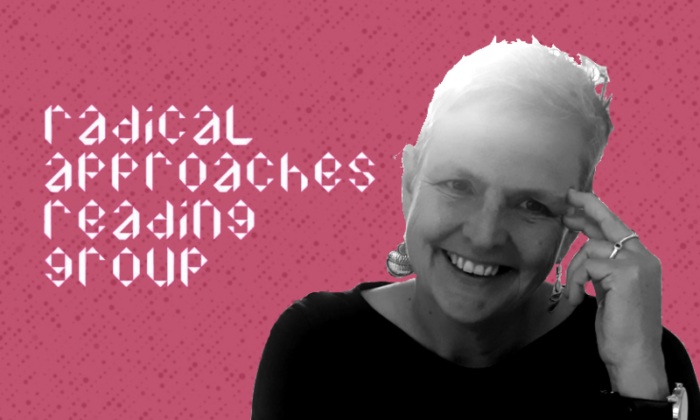 Helen Dixon (she/they) is a british-nicaraguan queer feminist activist, academic and published writer/poet and translator. They will be facilitating four workshops (as a co-participant among peers) to celebrate and explore decolonising and community feminist theory and methodologies from Abya Yala*. The purpose of the workshops is to share, discuss and challenge ourselves in reflecting about Latin American decolonial/community feminist thinking and practices, and the complex ethics of their transnational translation. Three of the texts will be available in Spanish and English versions.

The first week will set out a context for discussing gender and coloniality based on Rita Segato’s dismantling of universalist western/northern perspectives on Latin American realities. The second week takes up Silvia Rivera Cusicanqui’s critiques of the decolonial turn and her recuperation, from practice into theory, of Aymaran linguistic and cultural notions of identification, multiplicity and intercultural reciprocity. In the third week we will engage with the ideas and implications of proposals for community/communitarian feminism written by Lorena Cabnal and built from the experience and cosmovisions of indigenous feminist women in Abya Yala. Lastly we will look at Rosa Dos Ventos Lopes Heimer and Nina Franco’s adaptation of community feminist concepts and embodied methodologies in working as/with Latin American migrant women in the UK.

As part of the discussion each week, but with special emphasis in Week 4, we will look at the ethical dilemmas and political implications of translating conceptual language, methodologies and activist practices across highly differentiated realities in a world shaped by neoliberal globalisation.

Each week Helen will endeavour to include at least one generative/creative working method consistent with the thinking and practices we’ll be exploring, albeit within the limitations of our online gathering.

This seoires is the fourth iteration of the Poetry Translation Centre's Radical Approaches Reading Group, a online space dedicated to the discussion of revolutionary ideas in theoretical texts. It’s a space to learn together, to grow in our understandings and get to grips with the core arguments of theorists thinking through and writing about decolonisation, gender, the construction of history and much more.

* Abya Yala is a term used by many Indigenous peoples to describe the North and South American continents. The name has been used since Pre-Columbian times and comes from the Kuna language used by the Native American Guna people. The Bolivian Aymara leader Takir Mamani suggested using the term as an alternative to the names given to the same land by foreign people.