Adelaide Ivánova is a Brazilian artist, activist, journalist and poet. She will be touring the UK with the Poetry Translation Centre in April and May this year.

The PTC first translated Ivánova's work in our collaborative workshops with the guest-translator Francisco Vilhena in 2017/18 and have now paired her with the UK poet Rachel Long to work to translate the poems in her first UK collection The Hammer and Other Poems, which will be published by the Poetry Translation Centre to coinside with this tour.

Throughout the tour, Ivánova will be reading alongside her poet-translator Rachel Long is a poet and the founder of Octavia – Poetry Collective for Womxn of Colour, which is housed at Southbank Centre, London. She was shortlisted for Young Poet for Laureate for London in 2014 and awarded a Jerwood/Arvon Foundation mentorship in 2015. Rachel has run poetry workshops for The Poetry School, The Serpentine Galleries and at University of Oxford. She is Assistant Tutor to Jacob Sam La-Rose on the Barbican Young Poets programme 2015-present.

Francisco Vilhena, is a literary translator, an assistant editor at Granta magazine and a member of the PTC advisory board. He was the bridge-translator for Ivánova's collection. He writes short essays and translates from the Portuguese; his work can be found in Modern Poetry in Translation, clinic, Wasafiri, Brooklyn Rail, Granta and elsewhere. 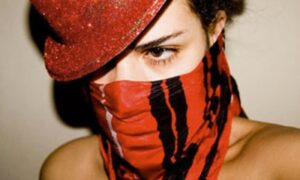 Dragon Hall After Dark With Adelaide Ivánova and Rachel Long

“Watchfulness over betrayal”: the poetry of Adelaide Ivánova