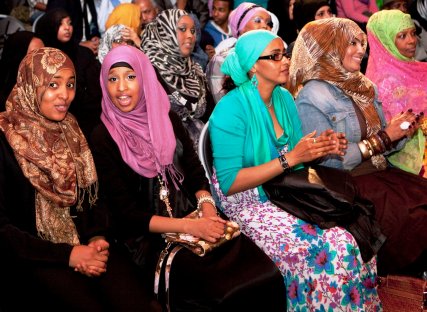 Once again, The Poetry Translation Centre was delighted to be a partner of this year's Somali Week Festival.

The theme of the 2012 Festival was 'Courage', which was introduced by the distinguished US-based poet, Said Salah, whose newly-commissioned translations were read by Clare Pollard to an enthusiastic reception from the capacity audience. Clare also translated a poem by the late Faysal Cumar Mushteeg who tragically died on his journey to London.

The Somali Week Festival is organised by Kayd and supported by Arts Council England.