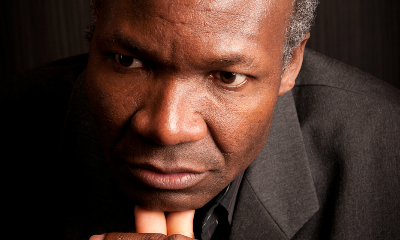 Delaina Haslam first translated Gabriel Mwènè Okoundji at a PTC workshop at this year’s Verve Poetry Festival. She says ‘He writes dreamlike and cosmic poetry, mixing it with philosophical thought and African folklore. He frequently perverts the rules of grammar and syntax of the French language.’

This will also be the first session with the PTC’s new commissioning editor Edward Doegar acting as poet-facilitator. Doegar is a published poet, editor and critic. His pamphlet, For Now, was published by clinic in 2017.

Please join our translation community and take part in the collaborative translation process. You will be giving poetry from around the world a second life in English and have a chance to meet likeminded people.

Gabriel Mwènè Okoundji was born in Okondo-Ewo, Republic of Congo, in 1962. His mixing with Occitan writers was a determining factor for the development of his poetry. Often incorporating untranslated words and phrases of his mother tongue, Tegué, into his work, Gabriel Okoundji prefers to describe himself as a passeur (intermediary or ferryman) than as a poet.

Delaina Haslam is a translator, editor and writer. She translates from French and Spanish, specialising in sociological and literary texts. She has written for and edited publications including InMadrid magazine and le cool London. She has had a submission accepted for Newcastle University’s Poettrios Experiment, is currently translating a short story for the new Bogotá39 anthology (to be published by Oneworld in May 2018).

Edward Doegar is a poet, editor and critic based in London and the commissioning editor at the Poetry Translation Centre. His poems have appeared in various anthologies and journals, including Ten: The New Wave (Bloodaxe) and Granta. He is a consulting editor at The Rialto, a fellow of The Complete Works and was general manager of the Poetry Society between 2013 and 2017.