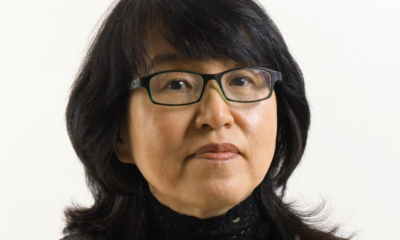 This workshop is now sold out. If you would like to join the waiting list please email bern@poetrytranslation.org.

Choi Jeongrye was born in a city near Seoul. She studied Korean poetry at Korea University and received her PhD from the same school. She participated in the IWP (International Writing Program) as a poet at University of Iowa in 2006 and stayed one year at University of California in Berkeley as a visiting writer in 2009. Her poems appeared in Free Verse, Iowa Review, Text Journal, World Literature Today, Panorama and various Japanese literary magazines. An English-language collection, Instances (which she co-translated with Wayne de Fremery and Brenda Hillman) has been published in Parlorpress. She is currently teaching as a lecturer at Korea University and was nominated for the Pushcart Prize in 2018.

Our guest translator at this workshop will be Mattho Mandersloot is a translator from Amsterdam. He studied Classics at King’s College London and went on to complete the MA Translation at SOAS as a Master’s Scholar, focussing on Korean literature. Currently based in Oxford, he is looking into the poetics of Korean onomatopoeia in translation as part of his MSt Korean Studies. Earlier this year he won the inaugural World Literature Today Translation Prize.

Buy a Season Pass for all 6 workshops and save money.

The saving on a season pass is equivalent to one free workshop. Plus, with each workshop, you attend you can earn points towards free PTC chapbooks and poetry collections.

Feedback from our most recent workshops:

"A great space to connect with others."