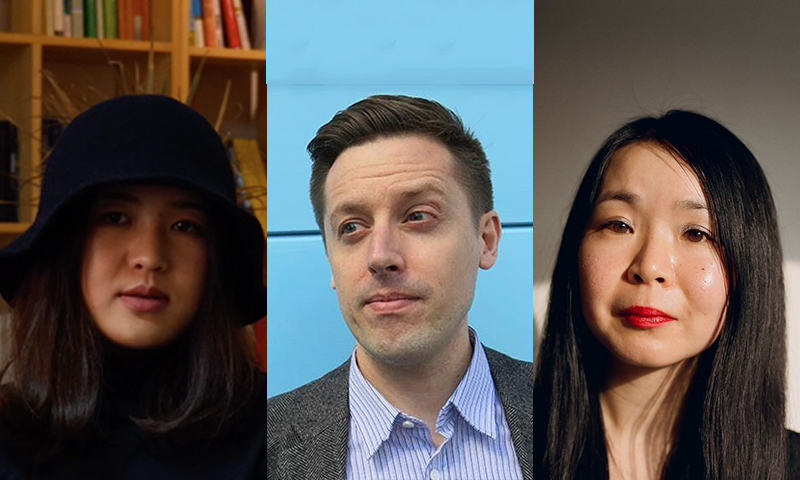 Join Yu Yoyo, one of the most important young voices in contemporary Chinese poetry, for an evening of bilingual readings in Chinese and English, alongside Liverpool poet Jennifer Lee Tsai and translator Dave Haysom.

This event is part of a tour marking the publication of a new collection of Yoyo’s poetry in English. My Tenantless Body is translated by Dave Haysom and UK poet AK Blakemore, and published by the Poetry Translation Centre.

Regarded as a representative of the post-‘90’s generation, known for her mature voice and subtle treatment of modern femininity, Yu Yoyo’s poetry has a lithe, darting brilliance, jumping from arresting idea to arresting idea with electrifying intent. She has created a poetic language which has seemingly never not known the internet – its caustic, flat wit; its complete lack of punctuation; its blunt delivery and its incredible linguistic speed.

This event is presented in partnership by Liverpool University's Centre for New and International Writing, the Liverpool Confucius Institute, the Poetry Translation Centre and The Windows Project.

Born in 1990, Sichuanese poet Yu Yoyo had already begun to earn critical attention before she turned sixteen, publishing dozens of poems in Poetry, Poetry Monthly and other prestigious publications in China. She studied business management and accounting in university, but never gave up on her long-standing passion for poetry and finally embraced her life’s calling upon graduation. Now seen as a representative voice among the post-90’s generation, her collection Seven Years was published in 2012. She currently lives in Chengdu.

Jennifer Lee Tsai is a poet, editor and critic. She was born in Bebington and grew up in Liverpool. An alumna of St Andrews and Liverpool Universities, she holds an MA in Creative Writing with Distinction from the University of Manchester. Jennifer is a fellow of The Complete Works III and a Ledbury Poetry Critic. Her poems are featured in Ten: Poets of the New Generation (Bloodaxe: 2017) and have been published in numerous magazines and journals including Oxford Poetry, The Rialto,SMOKE, Ambit, and Wild Court. Her poetry reviews are published by The Poetry School, the Poetry Book Society Bulletin, Modern Poetry In Translation, Ambitand forthcoming in Poetry Review. Jennifer is an Associate Editor of SMOKEmagazine and a Contributing Editor to Ambit. Her debut poetry pamphlet Kismetwill be published in July 2019 by ignitionpress.