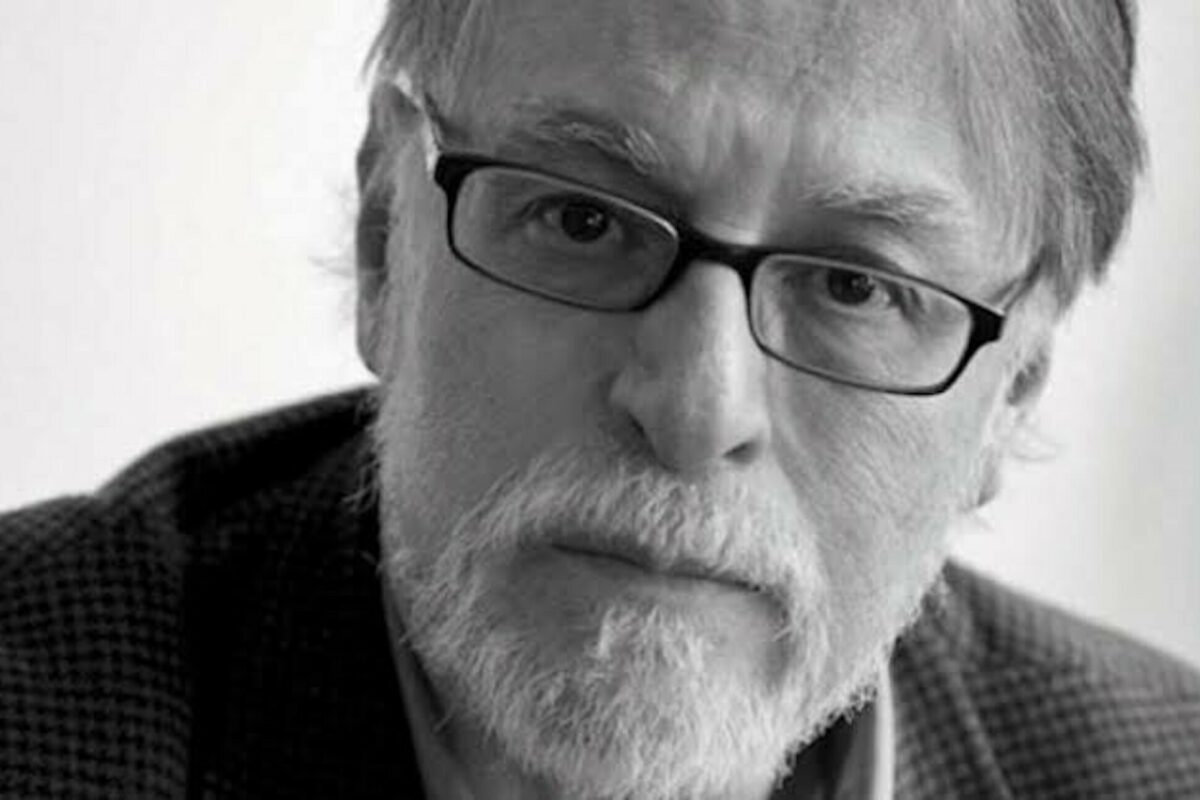 David Huerta (1949 – 2022) was a Mexican poet, translator, and editor. Starting in the 1970s, he published numerous collections of poetry throughout his life. He also translated works from Italian and English. In 2010, the PTC published a dual-language chapbook of his poems translated from Spanish by Jamie McKendrick.

Jamie McKendrick and Tom Boll reflect on the time they spent with David Huerta during the PTC's 2010 Mexican Poets Tour.

It’s hard to imagine David Huerta is no longer with us, at least in person. A poet of indefatiguable energy, precison and range. I had the pleasure of meeting him on the Mexican poets tour arranged by Sarah Maguire and the Poetry Translation Centre, along with two other excellent poets Coral Bracho and Victor Teran who writes in Zapotec. He was the senior figure among the poets and also the translators, Katherine Pierrepoint, David Shook, Tom Boll, myself, and our events organizer Travis Elborough, but he wore that seniority with great lightness, humour and warmth.

The whole tour was memorable, not least for the first event at the Cervantes Institute in London, the only reading I’ve attended with an armed audience, as the ambassador was flanked in the front row by two guards after receiving a credible death threat. David took the situation in his stride and read as disarmingly and informally as ever.

His poems speak of the fraught and violent politics of Mexico but just as vividly of Europe, its cities and culture. His mobile, borderless poems cite Goethe and Gottfried Benn and include a searching, ironic and brilliant meditation on a line of Wordsworth, and a deeply empathetic poem on Ivor Gurney. Whatever topic he touches is brought alive by an inexhaustible source of image-making. He is a poet justly acknowledged as eminent in Mexico and the Hispanic world, but also far beyond, and the loss is incalculable.

It was with immense sadness that I heard of the loss of David Huerta. I first met David when he came to the UK for the Poetry Translation Centre’s Mexican Poets’ Tour in 2010 with Coral Bracho and Víctor Terán. I was nervous heading out to Heathrow to greet this major Mexican poet and intellectual who would be arriving straight off a ten-hour flight from Mexico City. He might not be at his best. He emerged from customs with a warm smile, launching straight into a conversation about the Spanish poet, Antonio Machado and William Wordsworth, interested to know if an English reader would see connections there. The conversation tumbled on to the Heathrow Express, taking in the Mexican striker, Javier Hernández (‘Cicharito’ had recently signed for Manchester United) and W.G. Sebald.

There’s always great excitement around the PTC tours - the coming together of people and cultures, the sense of an international poetic fraternity. But they’re also demanding for the visiting poets. You’re on the road, reading your poems, talking to people you don’t know in a second or third language, being asked for your opinions, barely eating twice in the same place, veering between intense periods of gregariousness and times when you’re alone, away from home and family. David did a lot for us on that tour with persistent good cheer, whether reading his poems, talking to dignitaries or sitting on panels at places like the London Book Fair. At the end of what must have been a frustrating day spent in taxis, when I kept taking him to the wrong part of the BBC for an interview on Radio 3’s Night Waves, he laid out a full hand of redundant visitor’s passes on the table and said he would keep them as a souvenir (rather generously, I thought).

And the conversations continued, in cafés and restaurants, on trains and in taxis, in venues waiting to read and when the reading was done. I quickly learned to bring a notebook so I wouldn’t miss anything. He talked about discovering French critical theory as a student and about the Spanish Golden Age poet, Luis de Góngora, a constant presence in youth and age. David was included with his close friend Coral Bracho in Medusario, a ground-breaking anthology of Latin American poetry published in 1997, which brought together ‘neobaroque’ poets, admirers of Góngora and the Cuban writer, José Lezama Lima. We talked about a line in Góngora where the sun dries out a pilgrim’s sodden clothes on the beach, sucking ‘the smallest wave from the finest thread’ (‘la menor onda chupa al menor hilo’), a strange, microscopic imagining of the physical world that Borges deplored.

We also talked about politics. David lived through the hopes and disappointments of the Cuban Revolution and successive reversals in Mexican history. He was a witness to the Tlatelolco Massacre of 1968 when Mexican armed forces opened fire on protesting students. He recounted this experience in ‘Nueve años después’ (Nine Years Later), the first of his poems that we translated in the PTC workshop. I re-read it now and remember the phrases that we pored over, trying to convey his remarkable testimony in English: the disorientation of a voice ‘dislodged’, the ‘slashes of slanting light’ across the city and the haunting image of the poet’s body, ‘naked / like a slow food for the devouring mouth of love’ as fear spreads ‘in the streets, on the corners, in the bedrooms’. David had a keen sense of the poet’s social responsibility. That public role can be a temptation – an easy opportunity for declamatory statements and glib opinions - but David was driven by compassion. He wrote about the experience of Tlatelolco and in more recent years about the forty-three students who were disappeared from the Ayotzinapa Rural Teachers’ College in 2014. He wrote a book, La violencia en México (Violence in Mexico), shortly after where he argued for the need to move beyond occasional protest to a substantial appraisal of Mexican society and government.

In print and in person, David has left vivid memories of his curiosity and his warmth. I was fortunate to get to know him on tour and through translation, working with Jamie McKendrick. The poem ‘Plegaria’ (Prayer) gives a good sense of David. It starts unassumingly with a modest request that prompts images and memories, leading as the poem unfolds to a realisation of what matters to him and a recognition of his vulnerability. He will be deeply missed.

Lord, save this moment.

There's nothing outlandish or

miraculous about it, unless it holds

a hint of immortality, a breath

any number of other moments...

But it's here now among us:

it casts its yellow light and swells

- and tastes of the sea, of loved hands

where we were happy. Save it

in your memory or deliver it

into the light that sets