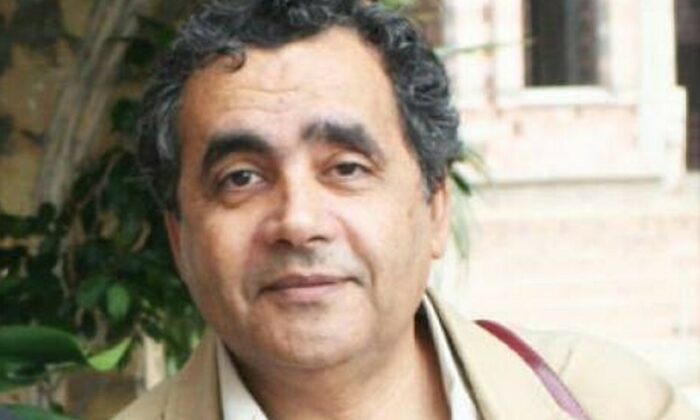 Born in 1947 in Mostaganem, poet and anthropologist Habib Tengour has published more than fifteen books of poetry, prose, plays and essays. His work is published in both Algeria and France, and has appeared in many journals, including Action Poétique, Po&sie, La traductière, and Bacchanales. He is translated into German, English, Arabic, Italian, Macedonian and Dutch.

He divides his time between Algeria and France, his anthropological research and literary work. He translates poetry from the English (Pierre Joris, Charles Bernstein, Cole Swensen), German (Hans Thill) and Arabic (Saadi Youssef, Chawki Abdelamir, Moncef Louhaïbi). In June 2016, he was awarded the Dante European Poetry Prize for his entire poetic work. He is the editor of "Poems of the World", published by APIC, in Algiers, a seven-book collection, the first of which appeared in 2018.

After studying English, French, and journalism, Delaina Haslam worked in writing and editing roles in Madrid and then London. Missing languages, she retrained and passed the Diploma in Translation. She specialises in sociology and translates for French academic journals. She took part in the British Centre for Literary Translation Summer School in 2016, which led to invaluable collaborations including a series of Poetry Translation Centre workshops on francophone African poets and participation in Newcastle University's Poettrio Experiment. She translated a story by Guatemala's Alan Mills (from Spanish) for the Hay Festival Bogatá 39 anthology, but this collection is her first full literary work. She’s interested in collaborative and performative translation, and has written for the Glasgow Review of Books, the Poetry Translation Centre, and Yorkshire Translators and Interpreters. She is also working on a creative nonfiction novel. She lives in Sheffield with her partner and son.

Will Harris is a London-based writer and editor. His debut poetry book RENDANG (2020) was a Poetry Book Society Choice, shortlisted for the T.S. Eliot Prize and won the Forward Prize for Best First Collection. His second book of poems, Brother Poem, will be published by Granta in 2023.

This event is going to take place both live and online. To book an online place follow this link.