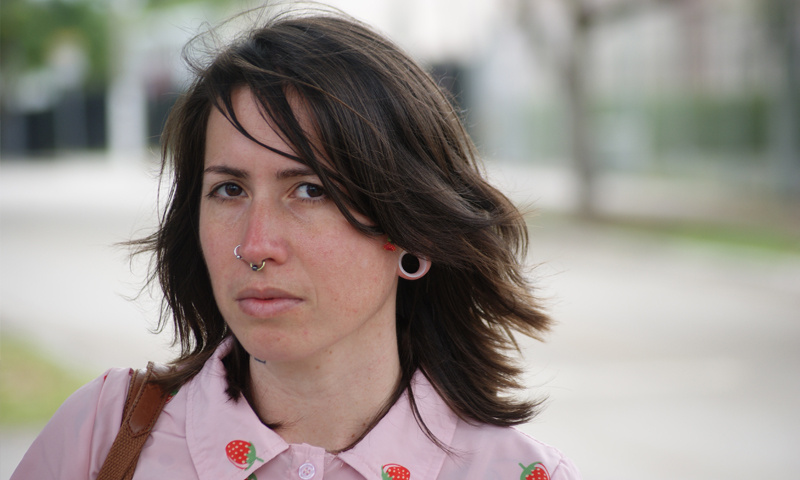 Celebrated Cuban writer, Legna Rodríguez Iglesias reads from her bi-lingual poetry collection ‘A little body are many parts’. Legna has won a number of prestigious national and international prizes including the Premio Paz for her collection, Miami Century Fox.

Legna Rodríguez Iglesias is considered part of the Generación 0 wave of Cuban poets who grew up after the collapse of the Soviet Union and lived through the economic hardships that followed on the island. Her intense, often confrontational, poetry irreverently skewers the hypocrisies of the Catholic church and challenges social mores with an uncomfortable focus on the human body. Legna will read alongside Abigail Parry, who will share English translations of Legna’s poems, and they will be joined in conversation by bridge-translator Serafina Vick and host Mariana Casale.

Abigail Parry has won the Ballymaloe Prize, the Troubadour Prize and an Eric Gregory Award.  A chapbook of her translations of antique Spanish love poems, Death by Hearts and Flowers, is published by Laudanum.  Parry worked with bridge-translator Serafina Vick, a freelance translator, interpreter and reader, living in Cuba, working on everything from poetry to documentaries.

The Manchester Literature Festival was founded by the extraordinary Henry Normal, poet and Comedian. Thanks to the lunchtime reading Legna and crew might have time to nip across the road to see J.M.W Turner’s famous ‘Now for the painter’, which she might appreciate as a purveyor of comedic an unusual titles as seemingly the painting’s name is an elaborate joke.

Presented in partnership with the Manchester Literature Festival.