The PTC is excited to be presenting a series of translation workshops exploring some of the best poetry from Kazakhstan. Through December and January there will be sessions taking a close look at six contemporary Kazakh poets, in partnership with the Embassy of Kazakhstan in the UK.

The workshops will start on the first of December with a workshop on Olzhas Suleimenov, a prominent Kazakh poet, literary scholar, politician and anti-nuclear activist.

Across the series we will be looking at Gulnar Salykbay, who enjoys linguistic experimentation, Temirkhan Medetbek who explores contemporary concerns using a psalms format from the seventh century,  Akberen Yelgezek, known for his surrealist expressions and Tanagoz Tolkynkyzy, a poet and journalist who has said that: "Poetry is a food for our soul, when your heart aches verses are born."

The final workshop of our series exploring Kazakh poetry looks at Yerlan Junis. Junis’s lyrical verses are highly regarded by his literary colleagues for their unexpected surrealist images and their sincere, yet aristocratic expression of the human emotions

The UK poets poets Jon Stone and Liz Berry will be facilitating these sessions. Stone is known for his debut collection, School of Forgery (Salt, 2012) and Bad Kid Catullus, an anthology of modern, experimental translations of the Roman poet he co-conceived at Sidekick Books which was selected by The Guardian as one of the top 10 poetry anthologies of 2018. 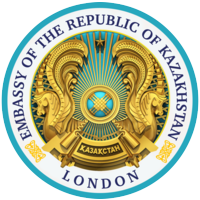