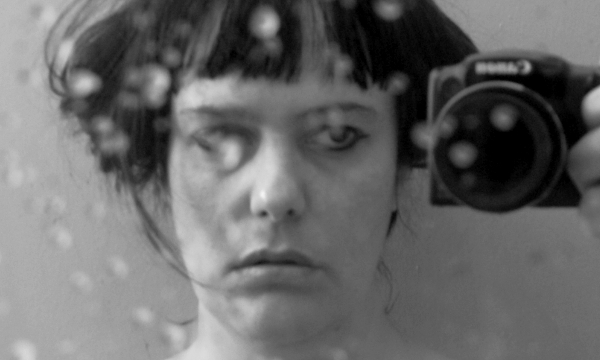 The winter season of PTC workshops is set to start with a bang as we translate Carla Diacov, an exciting young Brazilian poet and artist writing in Portuguese, with guest-translator Annie McDermott. Diacov studied theatre and is known for making paintings with menstrual blood. She is part of the same politically engaged generation of Brazilian poets as Adelaide Ivánova who the PTC translated at workshops in 2017.

To attend this workshop, and the rest in our winter season, follow this link to purchase a season pass: https://www.eventbrite.com/e/poetry-translation-workshops-winter-season-2018-tickets-48871531065

Carla Diacov is a Brazilian poet and artist born in São Bernardo do Campo in 1975. She paints and has written the books Amanhã Alguém Morre no Samba (Tomorrow Someone Dies in the Samba), A metáfora mais Gentil do Mundo Gentil (The Gentlest Metaphor in the Gentle World), Ninguém Vai Poder Dizer Que Eu Não Disse (No One Will Be Able to Say I Didn’t Say), bater bater no yuri and A Menstruação de Valter Hugo Mãe (The Menstruation of Valter Hugo Mãe).

Annie McDermott is a translator working from Spanish and Portuguese into English. Her translations have been published in Granta, The White Review, World Literature Today, the Harvard Review, Asymptote and Two Lines, among others. She is currently working on novels by the Uruguayan writer Mario Levrero for And Other Stories and Coffee House Press.