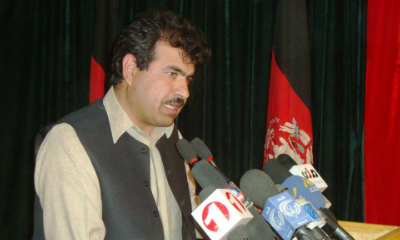 The Poetry Translation Centre has been translating Pashto poetry at its workshops with journalist and translator Dawood Azami since 2014. Pashto is one of the two official languages of Afghanistan and Pashto poetry has been praised since the 6th century. This November we will be translating poet Abdul Ghafoor Liwal.

With Dawood, the PTC workshop has translated six different Pashto poets including Abdul Bari Jahani, perhaps the most famous Pashto poet, and author of the lyrics to Afghanistan's current national anthem, and Parween Faiz Zadah Malaal, one of the most popular women poets writing in Pashto.

To attend this workshop, and the rest in our winter series, follow this link to purchase a season pass.

Abdul Ghafoor Liwal was born in the Mosahi district of Kabul province in Afghanistan in 1974. He studied Pashto Language and Literature at Kabul University. Liwal writes both poetry and prose and has published more than ten books. His poetry collections include Cry, Fire and Love, You Are My Whole Poetry and No, I Hadn’t Forgotten You, which was published in Kabul in 2005. He also worked as a journalist in Afghanistan for Radio Free Europe/Radio Liberty (RFE/RL). In 2015, he was appointed as a deputy minister at the Ministry of Borders and Tribal Affairs in Afghanistan.​​​​​​​

Dawood Azami is an award-winning Senior Broadcast Journalist with the BBC World Service in London. From 2010 to 2011 he was the World Service Bureau Chief in Kabul. A Visiting Lecturer at the University of Westminster, he speaks five languages, writes poetry and practices calligraphy.