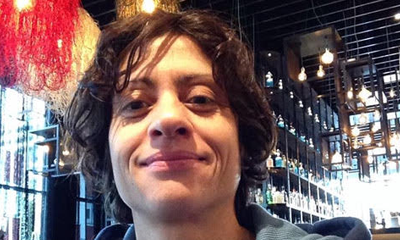 Basma Abdel Aziz is an award-winning Egyptian writer, sculptor, psychiatrist and activist. A long-standing vocal critic of government oppression in Egypt, she writes a weekly political commentary column and is the author of several works of nonfiction. She was named one of Foreign Policy's Leading Global Thinkers 2016 for her highly acclaimed debut novel, The Queue, which appeared in Elisabeth Jaquettte’s English translation from Melville House that year.

The Queue was long-listed For the 2017’s BTBA and shortlisted for the 2018’s TA First Translation Prize. In 2018 Abdel Aziz has published her second novel Huna Badan; Here is a body and was named by The Gottlieb Duttweiler institute as one of top influencers in the Arab world, and her first novel The Queue has now been translated to Turkish, Portuguese and Italian languages successively.