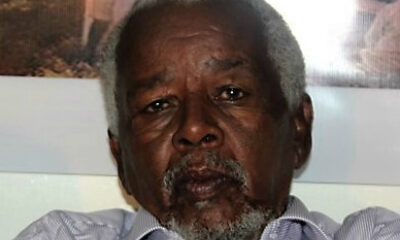 Cabdulqaadir Cabdi “Shube” was born a settlement near Eyl District, Nugaal Region, in 1953. He grown up in the countryside and lived a nomadic life until the age of 16.

In 1973 he joined the Somali armed forces as a private soldier. He later became a singer, songwriter and a poet of the Horseed Military Entertaining Band.

In 1984 he resigned from the armed forces and became a trader. After the collapse of the Siyaad Barre’s regime he returned back to reciting poems, writing songs, singing and performing arts at the public gatherings.

He has so many poems with different genres and issues but mainly encouraging his audiences and listeners with the theme of peace, unity and reconciliation.

He is married to his only wife of 33 years. He now lives in Garoowe, Puntland.