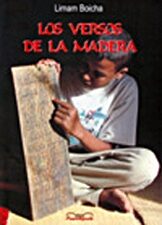 Limam Boicha was born in the Western Sahara in 1972. He is a member of the Generación de la Amistad [Generation of Friendship] a group of Saharawi poets who have tried to raise awareness of the condition of their people.

A former Spanish colony the Western Sahara was invaded by Morocco in 1975 displacing more than half the population to south-west Algeria. Now the Saharawi are divided between refugee camps and Moroccan-occupied territory where their human rights are consistently violated.

Limam studied journalism in Cuba before returning to the refugee camps where he worked at the Saharawi National Radio Station. He has been included in two Saharawi poetry anthologies in Spanish: Añoranza [Longing] (2003) and Bubisher. He has also published a collection of his own Los versos de la madera [Verses of Wood] (2004). He lives in Barcelona.