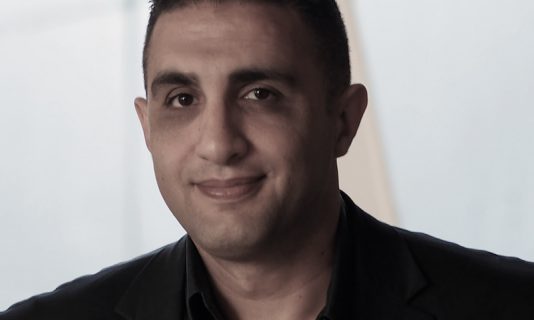 Najwan Darwish is a Palestinian poet born in Jerusalem. He published his first book of poetry in 2000 and has been an important literary figure ever since. He has published eight books in Arabic, and his work has been translated into over twenty languages. The New York Review Books, which published the English translation of his collection Nothing More to Lose in 2014, describes him as ‘one of the foremost Arabic-language poets of his generation’.

Darwish has co-founded and directed cultural projects throughout the Arab world and served as the literary advisor to the Palestine Festival of Literature. He has held many key positions in cultural journalism and has been the Chief Cultural Editor of the Arabic-language London-based newspaper Al Araby Al Jadeed since 2014. Darwish lives between Jerusalem and Haifa.