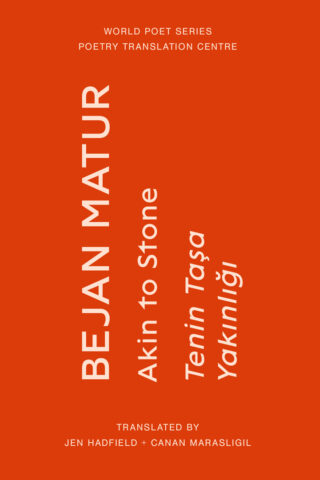 Bejan Matur’s enthralling visceral poems are among the most imaginatively potent being written anywhere in the world. She is one of the leading voices of a bold new women’s poetry emerging from the Middle East. Her award-winning poems describe a delicate space between concrete realism and mystical reflection, engaging with the struggles of the Kurdish people of Turkey. This new volume of her work presents poems from all stages of her career, with of some of her most acclaimed poems alongside works translated into English for the first time.

The book is one of the first to be re-issued and expanded in our new World Poet Series which showcases the most exciting living poets from Africa, Asia and Latin America in beautiful pocket-sized bilingual editions. These electrifying translations have been made by the T.S. Eliot Prize-winning poet Jen Hadfield and bridge-translator Canan Marasligil. The re-issue includes an afterword by poet Malika Booker.